7 Signs that You Are Inevitably Going to Divorce

Love lasts three years, they say. High divorce rates make many of you think whether it’s possible to stay in one exclusive relationship for the whole life. Why do some marriages fail? People divorce not when their love disappears (although it can be a reason for divorce). There appear certain issues in their relationship, they don’t know how or just don’t want to deal with. In this article, we’ll gain insight into a married life and the symptoms of the upcoming divorce.

Happy Marriage: A Myth or Reality?

There is a good saying “All happy families are alike, and all people who are not happy in marriage are miserable in their own way”. It means there are certain things that all happy couples have in common. Probably, they know the recipe for a happy marriage.  At the same time, there are some problems that hit a particular couple and lead their relationship to failure. According to another adage, we are all architects of our own happiness. So, it is up to a particular couple to make their relationship thrive or decline. It’s impossible to create anything worthy without hard work. And relationships make no exception. The amount of effort you put into the development of your relationship results in its quality.

Some say that happiness in marriage is entirely a matter of chance. No. A matter of chance is the meeting of two people. What happens next depends entirely on their desire to be together, readiness to take responsibility, and efforts and sacrifices they are ready to make. Basically, this is what makes a happy marriage.

Those who imagine a happy marriage as a kind of idyll should understand that married life is not a piece of cake. Even happy couples are not secured against troubles. But the thing that distinguishes them from unhealthy relationships is that they know how to have a happy marriage. Psychologists and relationship experts have devised the rules for a happy marriage. Some couples follow them without even realizing it, while others need to learn them to build a successful relationship. Here are the secrets to a happy marriage.

When partners stop doing one of those things, they put their relationship at the risk of divorce.

7 Signs of an Inevitable Divorce

Signs of the upcoming divorce begin to appear long before partners have a talk about it. Partners’ attitude to each other undergoes certain changes. Very often, they can’t critically assess their relationships and don’t notice that their relationship is gradually failing. This is because you get used to each other and your mind ignores the signs you should get a divorce. We talked to relationship counselors and they revealed 7 signs you need a divorce.

1. You lie to each other

One of the first signs you’re headed for divorce is that you lie to each other or holding many things back. Those may be insignificant things but keeping them to yourself rather than sharing with the partner becomes a norm. Sometimes you even do it unintentionally. She bought new shoes for her own money and put them into the wardrobe without demonstrating them to you like she did before. You met your old friend and spent the whole evening at the bar talking with him, but you told your spouse that you had to stay late in the office. You don’t even understand why you lied. But there is an explanation. Both of you are afraid that you won’t be understood or will be condemned. And this fear is not groundless. It means there were many instances of misunderstanding and condemnation that made you apprehend the same reactions and avoid them. 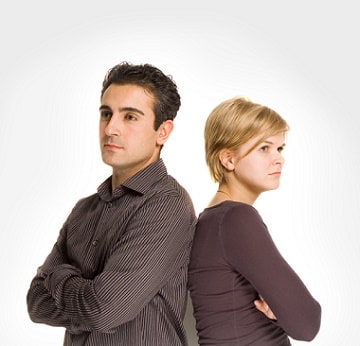 2. You stopped to communicate

Well, you talk but that can hardly be called communication. Of course, you can’t expect those long meaningful conversations you used to have in the beginning of your relationship. You live under the same roof, you know almost everything about each other, but it’s not an excuse to make superficial conversations. Since you are not two random roommates but a couple, you are supposed to be interested in each other’s lives.

If you start to notice that all your “conversations” don’t go further than statements “We run out of milk” or orders like “Don’t plan anything for the weekend, we’re going to my parents”, then you really have serious communication issues. When you stop communicate effectively, you break that invisible connection of the hearts. Rare conversations and listening rather than hearing can be not the signs you should divorce, but the signs that you need to show more interest in your partner and put more effort into your relationship.

In the evenings she watches her favorite series on her laptop and you play video games in the next room. You don’t spend your vacations together anymore. She goes to Italy with her female friends, and you go kayaking to Norway with your buddies. On the weekends, you get together with your own friends. You think it’s a liberal approach: you are different and your interests are different. What’s the point in forcing each other to do the things you’re not interested in? This is what you think, and here is what experts say.

First, it seems that you are not able to negotiate and compromise. This is a very important skill that happy couples apply not only when planning their vacation together but in many other aspects of their relationship. Some may say that opposites attract. Yes, they do sometimes (although it’s essential that partners have many things in common), but to become a real couple, partners should constantly interact, share their opinions, views, beliefs, thoughts without trying to impose anything on your partner. Second, you get tire when you are together. That feeling of tiredness is similar to the one you experience in a traffic jam or in front of a captious boss.

4. You have sex very seldom

Much has been said about the importance of sex in married life. Of course, it’s natural that the more time you live together, the less frequently you have sex. It is explained by the fact that your relationship matures and the emotional connection between you becomes even stronger. However, a healthy relationship requires regular (even though infrequent) sex. One of the signs you need a divorce is that you’re not interested in your partner sexually. Sooner or later you’ll want someone else, and it will lead to unfaithfulness. 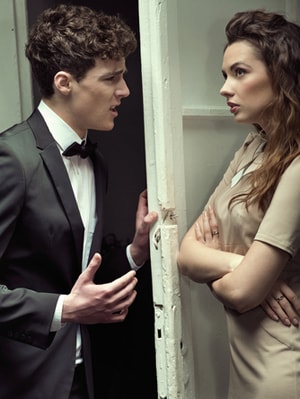 Light banter between the partners is always a good thing. However, if it turns into sarcasm and criticism, this relationship is not healthy anymore. If you give each other insulting nicknames and even call one another that way when your friends are around, it means you don’t care about each other’s feelings. You take your partner’s good attitude to you for granted thinking whatever I say, she/he will tolerate. It’s clear that each couple has their own style of communication. But your insulting or aggressive manner of communication will gradually grow into something horrible. People fail to notice how they shift from good-natured banter and jokes to insults and attempts to hurt. You know that sometimes words cut deeper than knives, and the most hurting are those uttered by the one you love(d). One day you’ll realize your relationship lacks tenderness, admiration, and respect and you can add this sign to other signs you should divorce.

6. Your partner is a cheater

Not always cheating is attributed to the signs you should get a divorce. If there is remorse of the cheater and the desire of the cheated partner to give the cheater a chance and save their marriage, the relationship can be saved. But if that was not a one-time adultery, then there is no point in continuing this relationship because staying loyal to the other partner both emotionally and physically is one of the foundations of a healthy relationship. Some people can’t be monogamous but it is not a sufficient excuse to make the other partner miserable in the relationship.

All couples argue because resentment and misunderstandings are inevitable. This is human nature. But happy couples argue effectively. They don’t fight, they have serious conversations during which they solve their conflicts. And those conflicts emerge quite seldom. If quarrels and battles are a usual thing in your family, it’s not a good sign. Perhaps, you have one issue that has surfaced multiple times throughout your marriage. If you keep getting back to this issue, it means your previous conflicts were not solved effectively. A compromise wasn’t found. Maybe, you’ve lost interest in your relationship and don’t try to save it. This is one of the signs you need a divorce.

How to Find a Lady for Marriage