15 Things You Should Know Before Dating a Feminist

According to its most correct definition, feminism means equal rights in all aspects of modern life to all individuals, regardless of their gender, eliminating all stereotypes. Despite a lot of false beliefs and opinions describing feminism as some kind of ideology based on ingrained prejudice against men, its main idea is about providing truly equal rights for men and women. Basically, each person you meet on a street or at a bus stop can be a feminist, so it’s impossible to tell how to spot a feminist at first sight. You can even become one yourself; the only thing you need is an open mind and willingness to change some of your views. Sure, there are more different peculiarities and nuances, and if you happen to date a feminist, she will gladly teach you.

But the privilege of having a feminist girlfriend comes with certain responsibilities and particularities. That’s why we present to you these fifteen handy tips on feminist dating.

1) You should know that feminism comes in different forms, but its idea is always the same

Feminism doesn’t have any strict requirements regarding its supporters. As we mentioned before, anyone can become a feminist, regardless of their nationality, religion, food preferences, occupation, and, of course, gender ( after all, it’s gender equality we’re talking about here). So if you have a feminist girlfriend, the first thing you need to do is forget about all those a-woman-can’t-serve-in-the-army types of male prejudices and never talk about them. We bet your girlfriend won’t forbid you to bake some cookies or wash dishes after dinner. 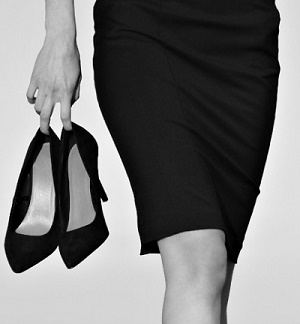 You will probably get a completely new experience from watching your favorite movies and TV shows or reading some books. Your girlfriend will never miss any kind of sexism going on a TV screen or a book page because any scene, dialog, or a sentence can discriminate against her or her rights. And every case of discrimination she will notice – will be pointed out. That’s one of those peculiarities of dating a feminist. Actually, it’s similar to watching a game with your dad who always has something to say each time one of the footballers screws up.

And there’s nothing wrong about it. You should consider getting acquainted with all the main ideas and goals of feminism before talking or arguing about it with your girlfriend. Because some of your false assumptions can easily become a reason for a quarrel, and you both don’t need that. On the other hand, having a life partner who pays attention to such details is great. At least you’ll never embarrass yourself or your girlfriend by saying something ridiculously stupid in public.

4) Get rid of all those clichés about feminists

Having a feminist girlfriend, you should never feel guilty for carrying her bags after a trip to a supermarket or doing other kinds of stuff feminists allegedly find offensive. You know, she won’t get mad at you for holding a door for her or helping her to take off the coat, and so on. All this is nothing more than simple politeness; by helping her with something, you show your manners. But you should never argue with her if she does the same for you. We’re still talking about equal rights here.

If you take your career seriously and want to find a life partner who also loves her profession, then looking for a feminist girlfriend is a great idea. These women are very dedicated to what they do, so you will definitely see her working overtime occasionally without any complaints. Doesn’t such quality deserve respect? It surely does! And the best part about it is that your partner will totally understand how much your career means to you, not to mention her financial independence.

If you’ve never noticed such thing as male privileges before, don’t be surprised. After all, you’re a man, and you lived your whole life as a man, so you simply take some of those privileges for granted without even noticing them. But don’t worry – dating feminist girls can change that. You can be sure that your girlfriend will point at every unfair advantage men have over women in everyday life. This will teach you to respect them. 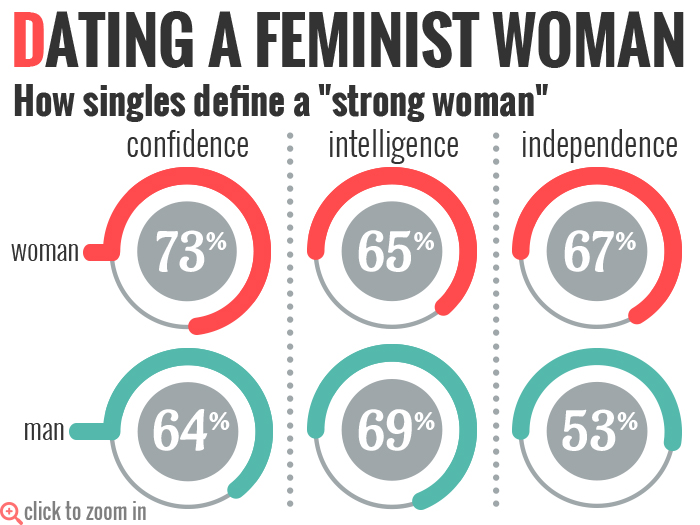 7) You can actually learn a lot from your feminist girlfriend

Did you know that it’s possible to be a feminist and have nothing against washing one’s boyfriend’s dirty clothes each week? If you didn’t, your girlfriend will gladly tell you about it and teach you something else. The only requirement is being ready to learn and dump all those false beliefs and misconceptions about feminism. Are you ready to become a student once again?

8) Never start debating about discrimination with her

You should understand that she’s not joking; she really believes in gender equality. Just visit any feminist dating site, and you’ll see that these people consider ensuring equal rights to all, regardless of nationality and gender, their priority. Isn’t such a great purpose worth a bit of appreciation? If so, don’t start any useless debates concerning her beliefs and discrimination in general.

9) Remember that she has nothing against men 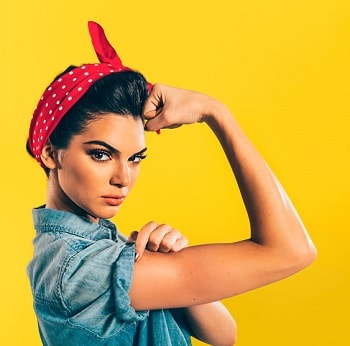 You know that she loves you, right? But there are other guys in the world except you. She has nothing against meeting with your family or friends, and she’s more than capable of standing up for herself if being offended. There are different types of feminists depending on a temperament. Some of them may teach a man a lesson aggressively, while others may prefer distancing from those who offended them. The main thing is that your girlfriend will never teach you how to behave in your friends’ company. You should also remember that she has her own views and beliefs that may not coincide with your friends’. But this doesn’t mean that she will hate them for it.

10) Remember that being feminist doesn’t mean being radical

Some people believe that being feminist means following certain rules and limiting oneself to something. Like a woman can’t strive for eliminating all stereotypes about female beauty and shave her armpits at the same time. Or a girl can’t participate in LGBTQ activities but remain straight. That’s not how it works. For all those who think that people should blindly follow anything they believe in – we’re all born having equal rights, though we’re all different, and if a woman believes in feminism, this doesn’t mean that she should be treated as other feminists. Sure, there are a lot of radicals out there, but what makes you think that a girl near you is the same as them?

There’s nothing wrong with paying for your girlfriend when going somewhere together. And it doesn’t matter whether she is a feminist or not. And there’s definitely no need to feel like you owe her. Once again, it’s all about good intentions and manners – if you want to pay for her, just do it. But if she wants to pay for herself, then don’t argue with her.

This means that one of your relatives or friends you’ve been hanging out with for a few years may turn out to be a terrible sexist, and you never noticed it. In this case, be ready for hours of difficult conversations with your girlfriend, learning some new details about them. Though it may not sound like much, you never know how you will react when facing such a situation.

13) Know that she’s always ready to get your back 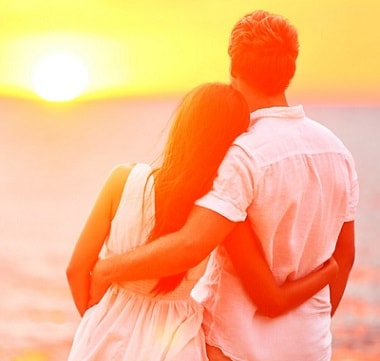 When dating a feminist girl, you always need to remember that you shouldn’t underestimate her. You can be sure that she will never leave you alone with your problems. Another great thing is that she’s also ready to help you out with your work or even give a piece of advice. Being equal in relationships is a lot more pleasant than it may seem at first sight. Of course, she expects the same things from you, so you should be ready to lend her a helping hand when she needs it, but you already know this, right?

14) She won’t turn you into her personal driver, courier, and so on

Like any other girlfriend, she wants you to always be around and have her back, but she doesn’t need a personal running boy or driver. If she can pick her grandmother from the airport on her own, she won’t ask you to do it for her. The same goes with some house chores – she sees nothing terrible in taking out the trash, for example. Though if she sees that you’re OK with doing something that’s considered a woman’s job, she will ask you to do it. But that’s what equality is all about.

Let’s assume that you have a busy day at work, and your girlfriend has a bad one. In this case, all girls usually call their boyfriends so that they listen to them and say something to calm them down. There’s nothing wrong with it; it’s what people need relationships for. But the thing about a feminist woman is that she will completely understand if you tell her that you don’t have time to listen to her right now. After all, she knows what it means to be really busy, so there’s no need to feel guilty for not being her shoulder to cry on.

Those of you, guys who managed to find a feminist girlfriend can consider yourself lucky. And those of you who think that having a girlfriend that expects equal rights can become a problem don’t worry, you won’t have to do everything yourself. She will do your laundry if needed; she’ll let you pay for her if you want to. She will never discriminate you as a man or undermine your role in relationships.

Online vs. Offline Dating: Choose the One for You