The general pattern of relations between men and women in China is not much different from other countries: meeting, falling in love, dating, serious relationships ending in marriage, living together, children, happy aging. For beautiful Chinese women, there is nothing more important and sacred than family. For them, this is a small world that gives harmony and love. If a couple has been dating for several months, most likely, they will get married and live together until death do them part. However, in modern China, there are also divorces but in general, this is shameful. Moreover, people are trying to save their marriage as long as possible. According to Chinese law, girls from 20 years old are allowed to marry. In Chinese dating culture, a man is considered the head of the family. Moreover, family relations are primarily built on respect and trust. The man makes decisions, provides for his family and does everything so that his woman does not need anything. The woman keeps happiness, peace, and comfort in the house. Children (no matter how old they are) treat their parents with special reverence and gratitude.

Once, in 1983, the local press spoke about the fact that a Chinese woman preferred a Western man to become her husband. That was a sensation. However, this trend has been gradually developed. Now it is even more popular. The women themselves call certainty, attractiveness, a sense of humor of foreign men grooms, and particularly distinguish appearance –tallness and muscularity the causes of the phenomenon. Local men now have to put up with the fact that with the growth of the country’s fame on the planet foreigners take their brides away. 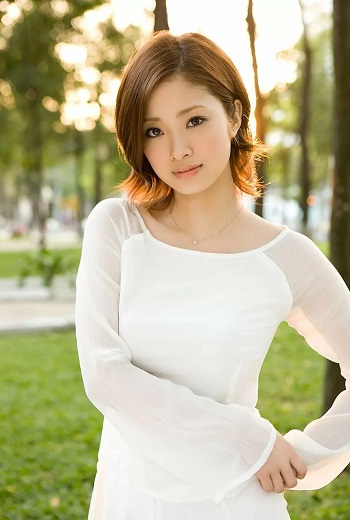 So, in recent years, relations between Chinese women and foreign men have become increasingly common. Today you can meet such racially mixed couples almost everywhere in China. This may seem old-fashioned but families of some Chinese girls sometimes really prohibit their daughters to talk, not to mention have a relationship with a man of a different descend. In general, however, many Chinese families have changed their views on this issue.

Now Chinese women are often dating and marrying foreigners, which leads us to the question: why are Chinese girls so interested in foreign men? There are several reasons, but here are a few basic ones:

Reasons to choose a Chinese girl

Of course, it can be said that Chinese women are beautiful and sexy but it can also be said so about women from many countries of the world, especially since everyone has their own concept of beauty. Nevertheless, the point here is that women of China are memorable. They are remembered because they look unusual and do not follow stereotypes.

The traditions regarding family life have changed little in China. Just like Chinese men, Chinese women are mostly family-oriented. As a rule, the attraction is partially based on internal data and personal qualities of the chosen one. If a woman is a proponent of modern views on relationships and marriage, she is likely to quickly inform you of this. The girl who has a traditional upbringing is modest and shy. But dating Chinese women, relationships with them are likely to develop under the close attention of parents and exclusively with their blessings.

In China, there is a cult of beauty. In pursuit of the attractiveness, these women can do a lot. Porcelain skin is considered beautiful and serves as a sign that its owner belongs to the upper classes. This trend is valid now and women of China can spend a huge amount of money on bleaching products and carry umbrellas everywhere to hide from the sun. And you probably heard about the virtuosity of Chinese women in the art of makeup. They literally paint their faces. Some of them can spend two hours on makeup every day. But after these two hours, they became completely different people. The skin becomes lighter, their eyes are larger, their nose is thinner, and their lips are fuller.

They are also kind, real, and not spontaneous and arrogant. In any situation, they remain very sincere to everyone. They are open to others. Politeness comes first, but they will never keep silent if they don’t like something. Dating Chinese women, you should remember that they appreciate love and attention from their men. They recognize the merits and efforts of men to provide a better life. On a par with these good qualities, every Chinese woman considers herself the best, despite all the shortcomings. They rightly claim that if you accept yourself for who you are, then those around you will see only virtues. And most likely, they are right.

Long-term relationships are the first priority

When you start dating a Chinese woman, you should know that she strives to follow all the traditional standards. And she will clearly fulfill her duties. For some men, this ideal situation allows them to feel safe in their relationship. It is considered appropriate for a girl to get married between 22 and 27 years. In every relationship, Chinese women see not just a “guy” but also a potential husband, and will be very disappointed if after six months or a year of the relationship, he does not move towards the wedding. If you are also looking for a serious relationship, then this feature of Chinese women is definitely a plus.

Chinese cuisine is unusual cooking products, unique history, and traditions. Almost all the dishes are based on healthy cereal and plant foods. Dating Chinese girls, you will understand that they are supporters of a healthy lifestyle. They believe that the body should be strong. There is practically no meat on their menu. They believe that in order to keep their body young and in good shape, they need to abandon animal food and eat more vegetable. The Chinese use almost everything on their menu: peas and beans, seafood, various kinds of sprouted and whole grains, and all this is seasoned with a huge amount of spices. But with all this, they don’t overeat and their bodies remain perfect.

Tips to date a Chinese girl

Many guys don’t know how to date a Chinese girl because they didn’t find any valid information before or just didn’t try to put it into practice. After all, if you wish, you can learn to meet the best and most beautiful Chinese girls even if you are not ideal for them. You just have to follow these tips:

Be adamant about your intentions

We must warn you right away: if you want to try Chinese women dating, you have to show your intentions because these ladies are very cunning. They do not want to waste time on a person who may not suit them for some reason. But as soon as she understands that you are a match, a girl will be faithful to you. Nothing shows a serious intention to a woman as planning a joint future. Do not be afraid to make plans. And even if the girl doesn’t think about what will happen, the seriousness of your intentions will show your attraction and serious plans. And if you talk about children, then all her doubts will finally be dispelled. Also, respect the woman. Never allow yourself to insult, humiliate, and ridicule her.

Be careful when expressing your feelings 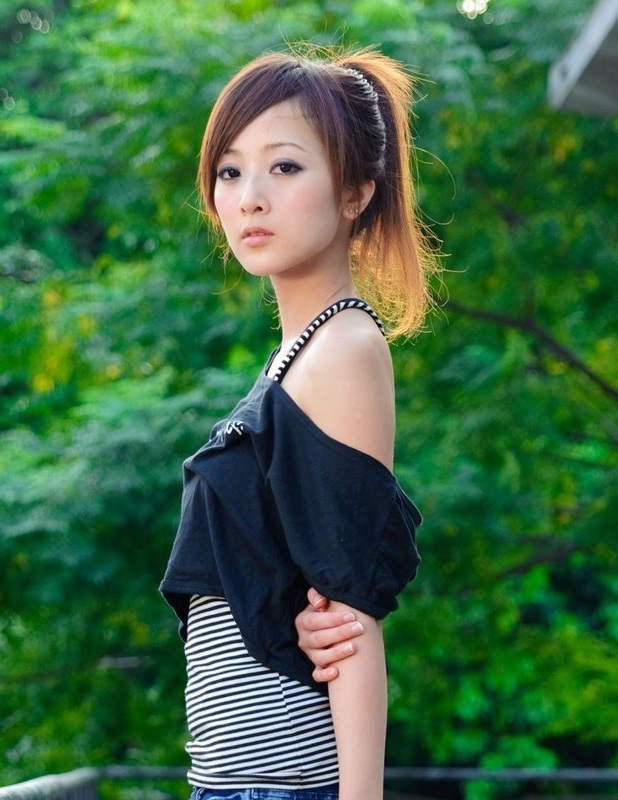 Chinese women believe that they set a bad example for children and show disrespect to the older generation kissing in public places. Therefore, in public places, especially in public transport, it is extremely undesirable to show feelings for each other. Physical intimacy takes on its most literal meaning. Don’t cuddle up, hug, and even more so – kiss. This is considered not just a manifestation of disrespect but an extreme impudence towards other people. But you can hold hands. Moreover, in this way, many Chinese couples like to demonstrate their relationship. It is also not forbidden to take a girl easily by the shoulder because you protect her from possible danger doing so. This is what Chinese women have been taught since childhood.

Dating a Chinese girl, be prepared for the fact that you will be asked about the seriousness of your intentions when you meet parents of your chosen one. If it comes to the wedding, then you may be asked about the material condition. Also, don’t forget that most parents will be against their 20-year-old daughter getting married. However, some of them can make an exception for a foreigner because they prefer to adapt not only to their traditions but also to the customs of different nationalities. You can say that in your country, it is customary to marry young girls, which is why you paid attention to their daughter. It is unlikely that parents will reject such a boyfriend in this case.

Don’t ever stereotype her

How to date a Chinese girl? Many people think in patterns, national and cultural stereotypes. And it is very wrong. Each culture has its own characteristics. The different mentality is the main reason why young ladies break up with foreigners. These girls are very sensitive. When you go to China and try to find a girlfriend for yourself, you don’t need to think that they are all the same and exactly the way you saw them in the movies and read in books. Moreover, not all of them think as you like them to. You cannot demand from a girl to share all your beliefs and have a similar outlook on life. Your woman will never behave completely the way you want. In addition, it is one thing to not feel attracted to someone – the lack of chemistry is difficult to compensate for with the other merits of the partner. But if you automatically reject a person based only on stereotypes, this is really bad.

Be a real gentleman

If you decide to be involved in Chinese women dating, you shouldn’t neglect the basic rules of etiquette. Be polite, courteous, and show care and attention to a girl. At the first meeting, give the girl a beautiful bouquet and make a compliment about her appearance. Also, show all kinds of courtship on a date: move the chair in the restaurant, open the door in front of the beautiful woman, give the coat, and so on. Chinese women seldom feel such courtship from the Chinese men, so don’t be like them. In addition, you should be careful when touching if you don’t have a romantic relationship. You can touch her hands to the elbow when you help a girl get out of a car or transport, for example. A gallant man will never interrupt a girl during a conversation. Moreover, a real man will never use swear words. It does not make him brutal – it shows disrespect as well as ignorance to a woman.

So why not meet a cute Chinese girl?

Falling in love is an adventure in itself but if you start dating a woman from another country and fall in love with her, this will enhance your feelings exponentially. Girls in China are not as straightforward as girls in the West are and not always express their feelings openly. But if you decide to date a Chinese girl and succeed in it, you will be the happiest person on the planet.

How to Date Estonian Women: a Full Guide