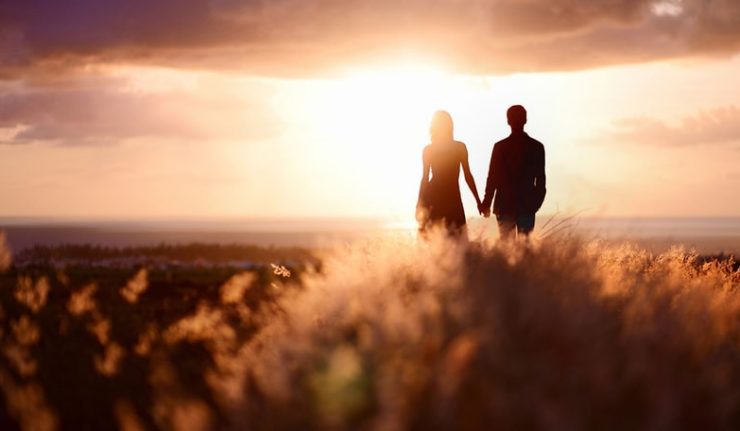 It’s always hard to admit that you have feelings for someone, no matter how confident you are. You never know what kind of reaction to expect. Starting a relationship is a responsible step, and it’s okay to be a bit scared. At least you know that you want it. But how to find out that the girl you’re into wants to make the things between you serious?

Well, the good thing about being scared is that you can tell it by the person’s behavior. In other words, you need to watch for the clues. Just keep an eye out on your potential soul mate, and you may notice that she likes you more than she actually shows. But first, let’s try to find out what those clues are.

Before we proceed, you should know that there’s no way to make your potential girlfriend overcome her fear and admit that she wants a relationship. In this case, we’re talking about immaturity, and you can’t force her to grow up until she wants it herself. Unfortunately, this problem is quite common among young couples these days. The thing is that the way we find love has changed. Let’s see how modern relationships look like.

Giving too much importance to sex

Today, few people see the difference between sex and love. When does dating turn into a relationship? That’s right. When one of the partners gets the second one into bed. It’s no surprise that most couples enter intimate relationships before their feelings grow into romance. The times when people had sex only after they built a strong emotional bond are long gone; the idea of open relationships seems more appealing. It’s all about one night stands, sex without commitment, and short flings that took over minds of younger generations. 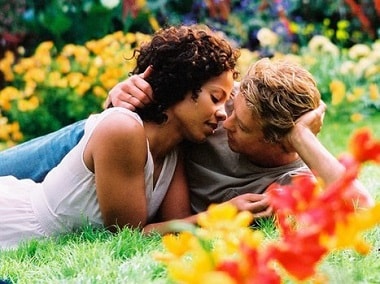 Some people prefer polygamy to conventional relationships. The concept of “friends with benefits” is gaining more and more popularity. The thing is that not always both partners find such concept suitable, ending up having no choice but to stick to relationships that are built upon sex, although their desires go far beyond physical intimacy.

The role technology plays in dating and relationships today is hard to overestimate. It helps us in our search for love, and sometimes, it keeps our feelings strong when we’re thousands of miles away from our loved ones. But at the same time, technology can become a harmful factor that prevents relationships from growing into true love. Apart from bringing people together through dating apps and websites, it may as well push the couples away from each other. Slipping between two people, it makes them dependent on TV screens and social media. Social networks became a perfect tool for hiding small affairs, making such things like cheating easier than ever before.

We’re not saying that technology does more harm than good. What can be better than to grab some snacks and watch a couple of episodes of “Game of Thrones” online together with your loved one? Such moments only make feelings stronger. But often technology serves as the means to escape from reality.

Staying away from potential problems

A lot of people nowadays prefer staying away from relationships because of emotional scars, disappointments, and other negative experiences they may get from letting people too close. They build barriers so impregnable that it’s impossible to see how real life looks like. We’re not ready for modern relationships. We’re not ready to devote our lives to someone. We’re not prepared to commit to people we love. We don’t know how to wait; our lack of patience makes us want everything right here, right now. As a result, we don’t want to waste our time on developing relationships, waiting for an immediate result, and begin wondering what’s going wrong when our feelings fade.

Inability to see the difference between love and other feelings

Modern relationships are about finding someone to share our interests but not support us in the darkest hour. Such approach has its advantages: there should be no place for boredom in life, so we’re looking for a partner, capable of turning our lives into a true adventure. But this makes us unprepared for the changes that come after the initial feeling of love disappears. Nowadays, most of us don’t know how romance should look like. We believe in fairy tales, but we don’t work to make our relationships look like one. 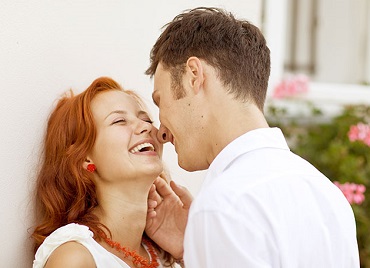 Modern dating is full of stupid rules, like the one telling that you should wait two or three days before calling your new companion after the first date. What’s the point of waiting for so long? Wouldn’t it be much better to grab the phone and call the next day without wasting so much time and suffering from that uncertainty?

Why is she scared of her feelings for me?

Women are very complicated. Sometimes guys just think it’s impossible to understand a girl, especially if it seems she is scared of her feelings. But why does it happen? Let’s figure out.

“It is hard to open your soul to a man when you were betrayed in your past relationships” – many women say that when they start figuring out why they are scared of their feelings. Of course, she won’t confess to you about this, but this trouble will bother her anyway if she has feelings for you. Try to slowly build trust with her. Be open and sincere, don’t hide anything from her if you would like to date her.

3. She wants to be sure in your feelings

Because of many reasons, women want to feel secure and safe. And when it comes to building a relationship with a man, girls become more careful. How do they know if guys don’t play with them? “Does he really like me? What if he is just nice to me but doesn’t have feelings to me?” – this is a standard thought of a woman. Let her know that you are truly interested in a girl if you see she’s scared of her feelings.

Sometimes, it’s difficult to spot a clue that tells that the girl you’re into has some serious intentions concerning you but is afraid to admit it. It may turn out that she doesn’t even like you. Here are nine signs she wants a relationship with you to help you understand what’s on her mind.

1) She can’t stop talking about you

It’s one of the most obvious signs she wants a relationship. Here’s an interesting thought to wrap your head around: if she always looks for a moment to discuss you with her friends, she probably can’t stop thinking of you. On the other hand, if she didn’t really care about you, would there be a place for you inside her head? Isn’t it obvious that if there weren’t warm feelings involved, you wouldn’t be occupying your indecisive lady’s mind all the time?

She may be demonstrating a lot of signs that she wants a relationship without even knowing it. Take a closer look: maybe she bites her lip or touches her hair every time you’re around. If you wanted a clue, you got it. Such non-verbal signals usually show that a woman approves a man as a potential sexual partner. This can work as a green light for you.

3) She is playing pranks on you

This may seem as one of those childish tricks you used to win the attention of the girl you liked back in school. Although pranking itself is not a direct sign she wants a relationship, certain clues, like the presence of physical contact in the prank, may hint at your potential girlfriend’s intentions towards you.

Her attempts to show her sexuality and make you regret you’re still not together are also one of the signs she wants a relationship. If you see her openly flirting with other guys, throwing glances at you from time to time, you can be sure that she’s angry at you for not making the next step in your relationship. Maybe it’s time to do something about it?

5) She has been through a painful relationship before

If you had your heart broken before, you probably know that relationships may leave such deep scars that a single thought about letting someone close can be truly scary. There’s also a possibility that she still has feelings for her ex. Maybe she enjoys the time you spend together and appreciates everything you do for her, but you’re still not him. He keeps affecting all the decisions she makes. If you notice that she’s interested in you but suffers from her past love, take it as a sign she wants a relationship but is scared to admit it. 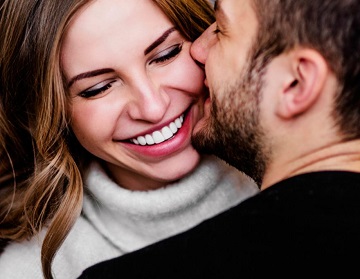 This one’s actually pretty weird. But we’re talking about women, and it’s common for them to doubt their potential partners. But what does she need to be 100% sure that you’re the one? Well, the thing is that she may already be certain about you, but she’s using her “doubts” to hide that she’s afraid of admitting that she wants a relationship. As we mentioned above, you can’t make someone overcome their fears and confess feelings. So the only thing you can do in this case is to make sure that she has no doubts left. But there’s one more thing you should know: her uncertainty can be caused by some real factors. Maybe you had something between you in the past, something she can’t get out of her head, like a quarrel or other issues.

7) Her friends keep joking about her feelings for you

Show me your friends, and I’ll tell you who you are. This old proverb works best in this case. Your friends can always tell if you fall in love. So if you’re looking for the signs that she wants a relationship, keep an eye on her buddies. If your potential girlfriend has feelings for you, they will start joking about it sooner or later.

8) She may be taunting you

Such type of behavior is not quite common among girls. If she feels that the things between you are getting serious, she may begin teasing and taunting you. This way she tries to hide her fear of admitting that she’s into you. So you shouldn’t take such things close to heart and make some conclusions instead.

9) She wants to bring you to a family event

Oh, boy! She’s bringing heavy artillery. If you’re looking for a sign she wants a relationship with you, here it is. Actually, it’s more like a giant billboard on top of the Eifel Tower. Just think about it: why would she want you to go with her to a family event if she’s not interested in you? That’s right. There’s no point in doing so at all. Maybe she already discussed you with her mom, and now she wants to show you off to her. There’s also a chance that she finally admits that she wants to be with you after the event.

Women’s mind is hard to read, and you should understand that. Some things that may seem like obvious clues can mean nothing. On the other hand, you may never notice a sign even if she writes it on the back of your hand. Anyway, if the girl is afraid of admitting that she wants a relationship, you’ll see at least two above-mentioned signs. But you still won’t get a confession out of her until she’s ready. Here, everything depends on how long you are ready to wait.

previous article
Dating a Coworker? Here Are the Basics
next article
Would-You-Rather Questions for Your Girlfriend