There is one general reason for both men’s and women’s infidelity. People cheat on their partners when their basic needs the relationship is supposed to satisfy are not fulfilled. It’s necessary to clarify that men and women have different needs, so the things that push them to cheat are also different. For centuries, men’s infidelity has been tolerated and explained by their polygamous nature. Society has always seen women as sinless. However, according to some recent sociological studies, women do cheat. For many of you, it may become a revelation, but today, men are more monogamous than women. An unfaithful woman is not a rarity in the contemporary liberated world.

Previously, we mentioned that women have their own needs in a relationship. Here are the main of them:

If one of those needs is not satisfied, this paves the way for future infidelity. Still, it is a particular woman who decides whether to cheat on her partner or not. Being loyal to the person you love is a conscious choice that you stick to in spite of all challenges, dissatisfaction, and temptation.

Thus, if a man wants to prevent women’s infidelity, he should realize the lack of what can make her cheat. A woman, in her turn, needs to understand what can be the reason for infidelity.

Why do girls cheat? Sometimes it’s hard for them to find an explanation. But psychologists know the answer and they name 9 reasons. 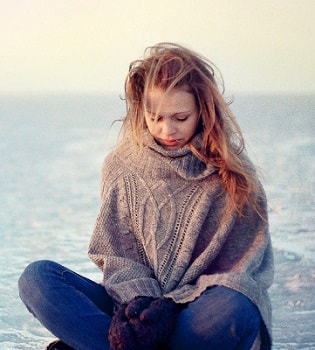 Compensation. If a woman constantly feels the shortage of something (attention, tenderness, care, etc) being in a relationship, her adultery will be the way to fill in those “gaps”. She’ll try to get what she needs from somebody else.

Early marriage. This is another reason why girls cheat. A young inexperienced girl gets married following her first big feeling. Gradually, vivid emotions and overwhelming passion subside and she takes off her rose-colored glasses. As a rule, she begins to look for new experiences and feeling and cheating is what she usually ends up with.

The way to boost confidence. For some women, cheating is the way to prove to them that they are still attractive and can seduce the opposite sex. This craving for self-assertion intensifies with age. If this is the case, a mature woman can have a young lover.

The way to get rid of a persistent admirer. Women are mysterious creatures and sometimes it’s very hard to spot logic in their actions. Being in a serious relationship, a girl can cheat on her partner with her admirer who is too assertive to resist. She knows that he’ll lose interest in her once she gives in to him, so she decides to give him what he wants hoping he’ll leave her alone. Usually, this doesn’t bring her any pleasure.

The search of an ideal man. One of the reasons why women cheat is their perpetual search of a perfect partner. Being in a relationship, some women don’t stop dreaming of finding an even better man. This single thought is already the sign of infidelity.

Lack of attention. If a woman is deprived of attention and care, she’ll look for it somewhere else. This is how she’ll make up for her man’s indifference.

Tit for tat. Some women cheat out of revenge for their boyfriends’/husbands’ infidelity. It’s very similar to reason #1.

Curiosity. Some say that a woman can get married just out of curiosity. By the way, some women cheat according to this principle. And this is another answer to the question “Why do women cheat?”

Nymphomania. It is sad but true. There are some women with hypersexuality disorder that constantly pushes them into the arms of new and new men. These women see all men as superheroes and want to check that in bed immediately. Thank God they are a rare type of women.

In most cases, women cheat not deliberately. It’s more like a combination of circumstances that overlap and result in adultery. Only after everything happened, a woman starts to think about it. But she should think before she throws herself into the arms of a random guy, not after she gets the label ‘unfaithful’. If a woman ventures to cheat on her partner, she will be held responsible for her misdeed.

Therefore, woman’s infidelity is her choice. Every person always has several options and this very person decides which road to take or which strategy to choose. If a woman doesn’t feel sexual satisfaction or bears a grudge against her partner, she can try to communicate her concerns and find a solution. If two people love and respect each other and want to be together, they will solve any problem.

If cheating did happen and the woman is the party at fault, the couple should decide whether they will try to recover their relationship or end it. If there is something that keeps the partners together, they can try to forgive adultery and view it as a valuable lesson life taught them. Usually, couples break up not because of the fact of infidelity but because they didn’t use this chance for renewal and continued to make the same mistakes along with jealousy, mistrust, and scenes.

Quite frequently, couples manage to become stronger and more intimate having gone through such experience. The ability to forgive depends on age, experience, and wisdom of a particular man. If you know your forgiveness will be appreciated, it’s worth it. Life is life. It’s important to be able to draw conclusions from different situations. Crisis periods happen and you should try to understand your partner rather than keep blaming for the misdeed. Cheaters should never tell the details of their adultery – it will only make their partners suffer.

At the same time, women’s infidelity is more detrimental to the relationships. It’s not always the case, but if a woman cheats, she plans to leave her partner one day for her lover (if he makes such a proposal). Men cheat because they yield to their instincts but they don’t want to leave their long-term partner. However, in terms of the contemporary world of relationships, this difference doesn’t always prove itself.

Why Girls Cheat on Their Boyfriends? 7 Confessions

To put in a nutshell, women cheat when they don’t get something they need in their relationships. We’ve already covered how psychologists and sociologists explain female infidelity. Now, it’s time to listen to the guilty.

1. “I wanted new sensations”
I met my boyfriend when I was 19. He was my first man, you know, and had been the only one for six years. When you are in the exclusive relationship, your sexual life becomes mundane with time. I tried to bring more variety to it but he wasn’t very enthusiastic about my ideas. And to tell you the truth, he didn’t inspire me to experiment. My desire for new experiences took over me and one day I cheated on him with my coworker. He was nothing like my boyfriend and that was unforgettable. It was a one-time sex but it changed many things. I felt sexy and reckless and this improved my sex life with my man. I didn’t ever tell him. I didn’t think it was necessary. It was my little secret. Now, we are not together, we broke up last year but my secret had nothing to do with it. 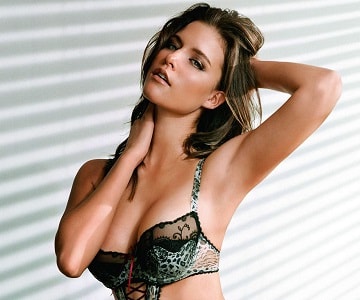 2. “I couldn’t resist”
I made a big mistake rushing into a new relationship not having recovered from the previous one. He was a good guy and I felt comfortable with him but it wasn’t love. This is, basically, why women cheat on good men. During one of my business trips, I met a young artist who got interested in me. He did his best to impress and seduce me. We spend the evening together and then continued it in my hotel room. He was a real sex-machine. I hadn’t felt like that since my last relationship. I couldn’t conceal it, so I told my boyfriend everything. Despite it, we saved our relationship. But I didn’t cut it with the artist.

3. “Our relationship became platonic”
After we started living together, we gradually turned into flat mates. People say that women want to be friends with their partners in the first place. It’s true but it doesn’t mean they shouldn’t have sex. We could live without sex for months. He could, but I wanted more. Later I realized that we had different views not only on sexual intimacy but also on other important aspects of life. All this was pushing me away from him. I felt attraction to my colleague and he was drawn to me too. One day, we stayed late in the office and made out in the meeting room. After that, we didn’t have sex anymore, but we went out several times and were texting extensively. I broke up with my boyfriend but he never knew about my affair.

4. “My boyfriend had problems with alcohol”
He seemed almost the man of my dreams when we met. As we moved in, I learned his dark side – he would get drunk from time to time and alcohol turned him into another person. He was rude and could even physically abuse me at times. In the morning, he apologized on his knees promising that would never happen again but it did happen regularly. One night I ran away from home to a bar where I met a better-off man whose charm was irresistible. His masculinity and confidence lured me. We went to his place but we didn’t make out. We talked. Can you believe? I liked that unstrained conversation I rarely had with my boyfriend.

5. “I wasn’t sure he was the one”
We were dating for two years but I had doubts about where it could go. I was on the fence: I didn’t want to get married and I wasn’t sure whether I wanted to break up. We decided to take a pause and keep things casual for a while. That freedom let me understand he is not the one. And since we were in our casual period, should I call sleeping with his friend cheating? 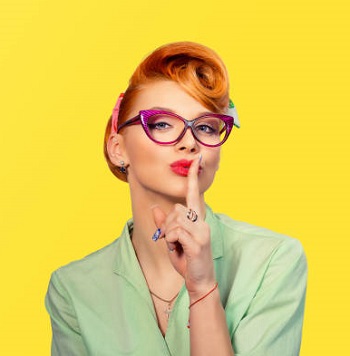 6. “It was a sweet revenge”
We were together for a year but that relationship couldn’t be called harmonious. But at least it wasn’t boring. All I remember is constant fights and scenes and then making up making out. He was jealous, I was suspicious. What a couple! One day I took his phone and the abundance of naked female bodies confirmed my suspicions. I called my ex that day and we slept.

7. “I did it to relieve a burden”
I’m 55 and 7 years ago I got divorced with my husband with whom we had lived together for 20 years. Our happiness lasted first five years. Then, I became the main provider and my husband totally relaxed. House and kids were also on me. I simply got tired of wearing the pants in the family. I tried to change him but every my attempt ended up with a fight. I was so desperate and tired that on one of my business trips to another city I approached a guy at a bar and we made out in the rest room. It was a breath of fresh air. I had other secret one-night affairs but they were not the reason why I got divorced soon.

Why would women cheat? Now that you know possible answers, you can foresee and prevent your woman from making the wrong step.

The Age Gap in Relationships: How Modern People See It