Being Led by a Woman: Is There Anything Discomforting About It?

There is nothing discomforting about it in general, it’s 2020 outside after all, yet we live in a society, and we have to deal with the echoes of the past beliefs, influences of religion and various cultures on our lives.

One such bad influence is the perception that a man should always be in charge of a family. And not only in the family but also in charge of things like politics, religious establishments, etc.

Such beliefs have their ground in evolution and thus, the culture, but now the times are shifting, and our way of perceiving relationships is very different as well. Some old traditions became obsolete, and some old perceptions became irrelevant. We no longer have to forage food and start the fire for the tribe, otherwise, we might just starve to death, no, things are different, and our lives are very different from that right now. 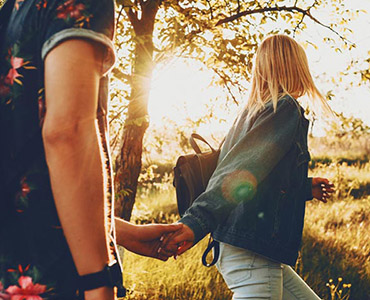 The perception that a woman shouldn’t be in charge, in my opinion, comes from the old times, from the old-timers, and the people that can’t seem to accept the new realities of life. Thus, there’s nothing discomforting, bad, or wrong about being led by a woman in a relationship.

What Is a Female Led Relationship?

First of all, a woman leader has sensitivity in the relationship between people, so her inherent social intelligence allows you to effectively capture the most varied subtleties in tense situations. It is difficult to deceive a woman because, by nature, she is more susceptible to matters of personal relations. This means that a woman leader, most often, will be able to regulate the labor process taking into account all interests and views in a working environment.

Further, it should be noted the ability of a woman endowed with leadership qualities to restrain her emotions. And this is a very important aspect since the inability to control your emotions and company management cannot be compatible.

Women leaders tend to limit their boundaries in matters of work and entertainment. Thus, she builds a barrier of self-defense for herself, which helps her exist in male circles while preserving the face of a professional.

A woman leader always keeps control of both her own and others’ mistakes, specifically formulates her own thoughts. Although, often, over the long-term, she prefers the short-term.

The female leader succeeds in uniting people under her own authority – to delegate authority and emphasize the importance and uniqueness of each person, which gives importance to each individual role in the life of the company. She has inherited this leadership style from nature, as a mother and the creator of harmony within the family.

The ability of a female leader to persuade is another key priority. With her persuasiveness, she ignites the working process, renews her strength in doubting subordinates. In this way, she is better than others capable of motivating other people to a productive process.

Each woman leader should have the ability to switch between her roles – boss, mother, and wife. Although it is difficult for many women to give it, nevertheless, with the good support of her husband or relatives, she manages to do this.

Although many people tend to believe that there is no adventurism in a woman, many women leaders will not agree with this, as they are often ready to take risks. And in this, they, as a rule, are helped by their more developed intuition, on which they rely during the adventure. And it is rare when a female leader loses.

And finally, one cannot fail to notice female charm, as one of the effective qualities of a woman leader. In this case, do not confuse charm with coquetry. By nature, it is with her charm that helps her win the opposite sex over. Therefore, when the barrier of doubt in the professionalism of the female leader is overcome, men begin to perceive her feminity on a subconscious level. The question may be completely different when a woman does not want to use her charm wisely, but this is everyone’s business. Although every woman leader should not forget that, no matter what, she is, above all, a woman and has the right to resort to her female charms even in business.

Here are the rules of a female-led relationship.

1. Be honest and sincere

2. Accept her leadership and define roles

If you plan to be in a relationship that is led by a woman, then you have to accept this and not try to access your dominance and control your relationship. Also, while she is the leader of your relationships, you should define the roles, who does what, who is reliable for what, so that there will be not any misunderstanding later on in your relationship. 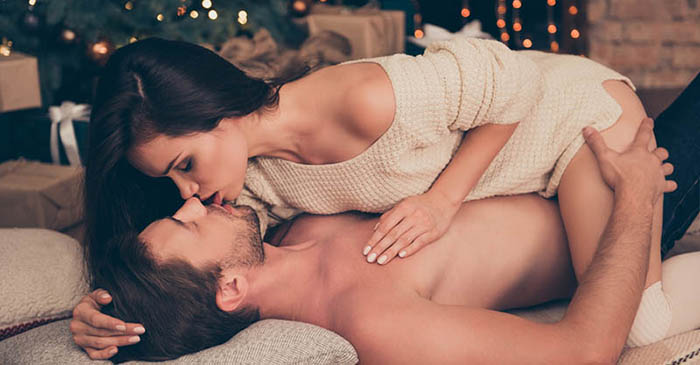 3. Figure out whether such relationships are for you

One thing that happens quite often is that we end up entering relationships or doing the things we neither like nor suit us for the sake of a person we love. We are obsessed with them, we feel like nothing can stand in the way of you two and your mutual happiness. But, if you end up feeling discomfort able in a relationship that is led by a woman, then there is no reason to lie to yourself and prolong it, it may just not suit you in general. This doesn’t mean that you should break up such a relationship right away, it just means that you should talk about your feelings, discuss the things you dislike, and be sincere with your female companion.

One nasty side-effect of such a relationship is that other men, and some women, will probably laugh at you because of your involvement in a female-led relationship. But why is that? Why would anyone laugh at such a scenario? After all, we are all different, and we want different things from our romantic life. Well, people, especially the older generation, don’t find the idea of a woman being in charge of a relationship particularly fascinating. Some believe that women can’t be put in charge of anything in general, whether it’s a relationship or not. And while some evolutionary-related arguments can be made to support the idea that the man should be in charge, our society is moving forward very fast, and a modern family and relationships are quite different from their old format. We value and require different things, we no longer have to make bonfires and fight off wild-life, the world is different. And some, as we’ve said, can’t seem to accept this and will judge you for that. If you don’t want to face such criticism – avoid talking about the fact that your girlfriend is the leader in your relationships. If you are not afraid and you will gladly stand-up for yourself and your partner – do that, this is the right thing to do.

5. Love is the most important thing

This one shouldn’t be all that surprising. There can be issues in your relationships, misunderstandings, all sorts of quarrels because of this or that issue, but the one thing that you share between you two is love for each other. The stronger it is, the more respect you have for each other, and the easier it will be for you to solve any sort of issue that stands in your way. Some issues cannot be avoided forever, and you should not stay in a toxic relationship just because you love your partner, but, if you truly love each other, you will be sincere with each other and fix all the problems you may have in your relationships.

6. Don’t allow her to abuse her power

This is another thing about respect, sincerity, and love in relationships. If your partner loves you – they will not allow themselves to step over the boundaries of your comfort to assert some sort of dominance. If you truly love your partner – you will be sincere with them and tell them about the instances that make you uncomfortable, things that you dislike.

So, Are You Ready to Be Led by a Strong Female?

Whether such relationships are for you or not is only for you to decide, there are a lot of benefits to such a relationship, there are some downsides, but, after all, a fruitful and harmonious coexistence should be the foundation for a relationship, and if you don’t feel like FLR is for you – then it’s not for you.

However, if you feel like you can entrust your girlfriend with your relationship, and you will be happier this way – do it.

Signs of a Serial Dater

Is She Into Me: a Quiz