What You Need to Know About Public Display of Affection

It would seem, why should be you ashamed of feelings if you are happy? Many loving couples think this way. They are in seventh heaven and are not going to hide it. How to behave is up to each and every one, but it would be nice to think about whether it is right to demonstrate your feelings in public. What does PDA stand for in relationships? And what is a public display of affection psychology?

How Modern Society Approaches the Public Display of Affection

What does PDA mean in a relationship? Public display of affection means different actions of a romantic nature in public, which are regarded by others as physical intimacy and indecent acts.

It is what the decencies say, “You should not hug, much less kiss in crowded places. After all, kisses and hugs are a very personal thing, you should not initiate other people into your relationship.”

Decent behavior sometimes just gets outplayed by modern morals. Young people are increasingly shifting away from ethical norms, so kissy couples can be observed in public places more and more often. As for the older generation, things are quite different. Among the persons of ripe years, the number of opponents of such behavior is much greater.

For many people, two passionately kissing partners somewhere on the escalator in the subway or on a bench in the park are a repulsive sight. People instinctively take their eyes off the lovers of kissing in public, and some retirees even give them a lecture on the public show of affection.

The bounds of decency expand, for example, when we meet someone at the railroad station or airport: in this case, hugs and kisses are acceptable. But if they develop into sexual emotions, then this is no longer ethical.

According to psychologists, only couples who are unsure of their feelings tend to draw public attention to their relationships. Who do they prove their love? Is it about former partners? Friends? Or maybe, themselves? But what if romantic feelings are created to express them, including in public? 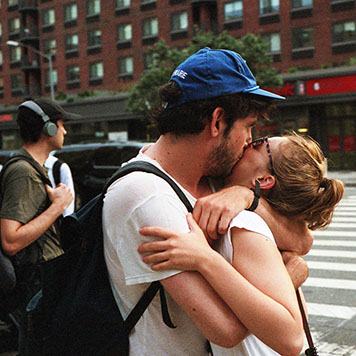 To show or not to show feelings in public is a purely moral issue. And the bonds of decency depend on the social norms of a particular country. Somewhere, for example, it is customary to kiss when they meet, this is tantamount to the handshake, but somewhere else, a public manifestation of feelings may be punishable by law.

Such continuous confrontation is observed at the present day. However, life dictates its own rules, so everyone chooses how to act by themselves. But still, let your choice be based on morality and ethics. After all, no one is interested in the public evidence of your love, so leave it for each other. Just enjoy your feelings in private! After all, your love is a unique world, and there is no place for strangers.

Who of us didn’t kiss in a park, restaurant, cinema, or a simple store? Sometimes we want to kiss or hug a loved one in public so much that we forget about other people who may feel uncomfortable because of our behavior. Therefore, you should get acquainted with the public display of affection etiquette.

If a partner turns their face away when you try to kiss them in public, ask about the reasons. It is important to discuss the meaning of PDA in relationships. Be sensitive and respect their opinion. Never force your partner to kiss in public places.

If your partner does not want to kiss you in public, it does not mean that they are ashamed or do not love you. It is possible that they simply do not want to kiss in a crowded place. For example, not everyone feels comfortable when kissing near the workplace or in front of friends.

Do not cross the line

If you want to kiss your partner in a public place, do it. But it does not mean that your kiss should turn into heavy necking. You should be prudent when kissing in public. Kisses in crowded places are permissible if you do not cross the line. Any action beyond a short kiss can embarrass others.

Kissing in a public place is not always acceptable. There are cases when you should not kiss, even if it seems that no one notices you. For example, the dark cinema hall is not the best place for passionate kisses. However, a kiss on the cheek can get away with you, do not overdo it just because it’s dark around.

It is better not to kiss in crowded places like restaurants or shops. The only exceptions are nightclubs since almost all visitors dance, kiss, and embrace each other in such places. If you are not at home and want to kiss your partner, then it is expedient that other people do not see you.

Familiarize yourself with local customs and traditions

In some countries, public kisses are a significant violation of the law. In most Western countries, the disapproval of others can result only in sidelong glances. But in countries like India, kissing in public places can cause serious problems. 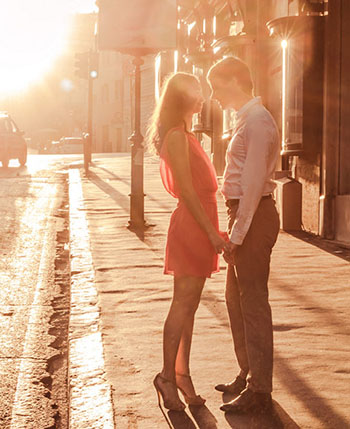 If you go on a trip with your partner, then learn local customs and traditions in advance. It is better to study all the laws that relate to the public manifestation of feelings. And do not limit yourself only to information about kisses. For example, in China, couples also cannot hold hands.

Don’t kiss for a long while

British psychologists have conducted a study to find out what should be the duration of a kiss in public that doesn’t cause negative emotions in other people. The results show that most people look at such kisses without visible discomfort for no more than 12 seconds. Then these feelings begin to cause irritation and awkwardness.

Kisses are permissible only by mutual agreement

Keep personal boundaries regardless of location. Do not force your partner to kiss you if they do not want it. Nobody likes when someone accosts them without a mutual desire.

Do not use the public expression of feelings to build confidence and increase your ego. Kiss your soul mate in public only in case you long for it. After all, it is a manifestation of tender feelings and not a way to show that your partner is not single.

As it turned out, there are some countries where it is forbidden to kiss in public places. Therefore, romantics need to take into account the laws and traditions of a particular country. After all, any public display of affection can be fraught with a fine or even prison. So, familiarize yourself with 7 countries that have strict PDA laws.

In Japan, China, Korea, and other Eastern countries, kisses and public display of affection are not accepted. And “etiquette” kisses between relatives and friends are completely inconceivable. In China, it is not customary to show feelings and touch each other in public. You can rarely hear from the Chinese the phrase, “I love you,” even among parents and children. They express feelings in care and enhanced feeding of their partner.

It is unlikely that anyone will be surprised by the fact that there are strict PDA rules in the country of Islam. Therefore, couples in love should restrain their impulses. Violation of the rule established by the state carries severe punishment – you can go to jail for ten days or pay quite a large fine.

With all its tourist tolerance, Indonesia grants people who kiss in public. The harsh laws of this country will amaze everyone! Here the kiss is actually equivalent to pornography. Violation of the law carries a striking punishment – deprivation of liberty for ten years, or you can pay a fine of $ 100.000. You might hardly want to spread your vacation for over ten years.

Long and hot kisses in public places are strictly punished in Mexico. But, what is most surprising, the Mexicans still violate this law. Loving locals try to defend their right to a public show of affection by all means. However, local authorities are rather indifferent to such attempts.

Do not be surprised, but even in highly developed London, there are bans on kisses on the subway. Is there really no place where lovers can seclude in the London Underground? In fact, it is not so. One London underground station has a specially equipped “kissing area.” Thus, the British authorities want to avoid crowding on the platforms in the rush hour.

There is no mistake here – the country that has given the world the most famous kiss technique, still limits the passionate display of affection in public. For example, it is forbidden to kiss on the railway platform saying goodbye before leaving. This rule was introduced back in 1910 due to the fact that trains had to delay the departure. But in fact, this violation of the law is in no way punished, and therefore, is not observed. 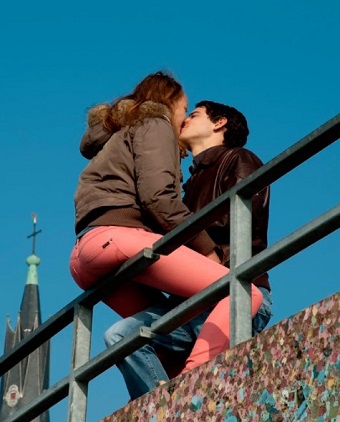 Public Displays of Affection in School

Behavior in school is governed by the statute of a school and moral and ethical standard. In fact, there is no document that prohibits hugging and kissing at school.

In respect to the age, it is in high school that boys and girls begin to spend more time together, and many of them meet their first love. New romantic feelings are often associated with fear and anxiety about dating, common topics for conversation, the beginning of a relationship, and especially kissing. Therefore, children of this age show public displays of affection in schools extremely rarely, many prefer to do it outside their school, in a less crowded and more intimate place.

But still, if simple hugs are perceived normally, then passionate kisses at school are considered unethical. In the end, this is a public place with a large number of children of different ages. Therefore, loving couples who study at the same school should keep the tenderness and intimate feelings for later, when they are out of school.

On a final note, we offer you some interesting facts about public displays of affection in different countries of the world.

Examples of Miscommunication in Relationships