The Age Gap in Relationships: How Modern People See It

The unspoken rules of modern society have always been telling us that in relationships, the man must be older than his woman. Today we see another picture: more and more women find younger husbands. People have never been indifferent to age gaps between spouses. But such detail as the difference in dates of birth has two opposite points of view. Some claim that a significant age gap is actually great for relationships. In this case, both partners rely on the life experience one of the spouses has already gained. It contributes to a healthy marriage and family happiness.

However, the opponents of this view argue that the husband and wife should be about the same age. In this case, both spouses have common interests, friends, and the same attitude towards life values. All this makes relationships and marriage interesting and full-blooded. But who is right? What’s the perfect age gap between a man and a woman?

Introduction: the age gap in relationships throughout the centuries

All those claims and beliefs that love has no age have still not lost their relevance, especially when it comes to considerable age gaps in relationships between two partners, though the practice of women marrying an older man is pretty old.

If you go back in history and take a closer look at the customs of the past, you’ll find out that unions between a young woman and a man significantly older than her were considered normal. The problem is that no one cared about such little detail as love. Back in the old days, people often resorted to marriages of convenience: no one asked young ladies whether they had tender feelings for their adult husbands or not. Such marriages united influential families, political interests, and wealth, that is, all earthly and material goods, and didn’t have much to do with spiritual bonds. No one cared about the age gap, relationships between spouses, or other differences. History also has examples of young men putting their hearts at the feet of mature women, not paying any attention to their peers or younger ladies. As you can see, such things as the age gap and dating went hand in hand.

Relationships based on the age gap, and how modern westerners see them

But everything changes, remaining unchanged at the same time. Is there something new about age gaps in relationships we can see now, in our time? How do close relatives and society as a whole feel about them, when it comes to couples with partners having an age difference of 10 years and more? What do these relationships look like from the specialists’ point of view? Does the number indicating the age difference between both spouses affect the strength of relationships that much? Let’s see. 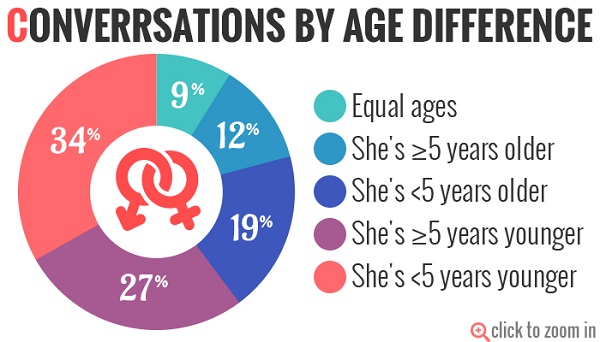 Case one: the man is older

In the eyes of the public, couples, in which men are slightly older than their partners, are considered the most common. Such marriages are equal in most cases. Why? Well, we all know that girls are a bit ahead of boys when it comes to social development. For example, girls reach puberty about three or four years earlier than boys. From the physiological side, it’s not a completely logical explanation since both partners are not of the same age. Biologically, men are older than women. But a woman and a man with a small age difference (for example, 5-7 years) are socially and psychologically equal.

It’s the type of relationships that can be called classic. That’s because before getting married, a lot of representatives of the stronger sex plan to build a career, get on their feet, and decide what goals they wish to achieve in life. Thus, men get married no earlier than thirty.

According to psychologists, a small age gap in marriage contributes to stronger relationships between spouses. After all, in such unions, the role of the leader belongs to a mature man who can restrain his emotions and avoid common mistakes. But there’s one nuance – in such couples, the man shouldn’t be a dictator, saving every last word for him all the time. The woman, in this case, can feel oppressed and marriage like this won’t last long.

Case two: the man is much older

When a man ties the knot with a young girl, his peers approve and understand him. In some cases, such marriages are even considered prestigious, especially if the age difference is not more than ten years. After all, a twenty-year-old girl and a thirty-year-old man often look very harmonious together. If the difference significantly exceeds this number (when we’re talking about a 20 year age gap or bigger), relationships between an older man and a younger lady are usually accompanied by disparaging comments towards the man, though most of these comments come from women. 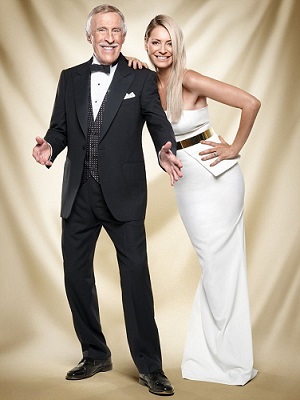 Psychologists, in their turn, explain men’s attempts to find a young partner as a means of self-affirmation. And a girl who will admire her experienced companion and catch his every word is a perfect way to boost self-esteem. Here, a man doesn’t need to put any effort, proving that he is a significant figure to himself, society, or anyone at all. In such couples, a man is always the head of the family. And for men with low self-esteem, a marriage with a woman of his age, who established herself as a person, will turn into an eternal rivalry. It’s possible that he has already had such experience, and it’s hardly possible to call it positive. After all, creating a family is not a way to solve internal psychological problems at the expense of one’s partner through the struggle of interests.

Such marriages are very stable if a woman remains dependent and her sexuality is adjusted to the temperament of her older partner. If a girl begins to grow up psychologically and defend her interests, in other words, turns into a woman, it may become a reason for misunderstandings in relationships. Children can help avoid this: both parents will devote themselves to a new member of the family, despite that the role of mother will probably be new to a young girl, and the husband may have to take care of two children instead of one – his kid and his wife.

Recent studies have found that a woman matures faster when dating an older partner. A young girl tries to look more mature, more respectable so that others didn’t perceive her as some kind of toy for a mature man. And in her 30s, a woman can look as if she is 40 or 50. Besides, in 20-year-age-gap relationships, there’s a risk that the man will patronize his young companion too much. Over time, after he grows old and loses his former attractiveness, jealousy will appear in relationships. Also, an older man may already have a family, a child, and an ex-wife who may still be playing a certain role in his life. A man, who already has kids, may not want to have more. It’s fair to say that if such a person doesn’t have his own kids yet, he will try to fill this gap. In this case, he’ll make a great father.

Case three: the woman is older

Most parents don’t want to hear anything about “overripe” brides or too young grooms. However, if the couple succeeds in establishing happy or at least harmonious relationships backing them up with children, then modern society is more likely to stop judging it.

From the point of view of physiology, or even more precisely – the reproductive function, such relationships are unnatural. After all, the biological clock of a woman close to her forties is ticking quieter and quieter, and the young thirty-year-old partner still doesn’t see himself as a father. A man can become a father even at seventy. Such cases are more common than you might think. But there are very few cases in the history when a woman got pregnant and had delivered her baby safely after 50 or 60. 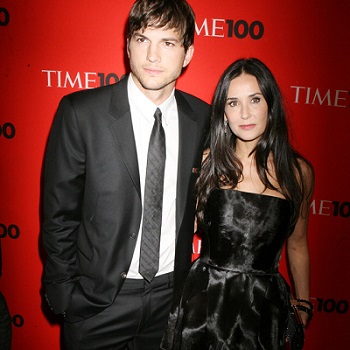 What are men guided by when choosing such relationships according to psychologists? Often a young man, devoid of intimate experience or practically not having it, wants to get it in the arms of a more experienced woman. Also, it can be men, deprived of childhood maternal affection or care. Or it could be the son of a dominating mother who kept him away from communicating with peers, making them completely uninteresting to him. So for this young man, a mature woman becomes a mother, a parent that gives him protection and affection together with sexual satisfaction.

In such relationships, leadership quite justifiably lays on the woman’s shoulders simply because she is more experienced than her young partner in all senses, as a rule. She subconsciously acquires the status of a mentor, which can actually help a woman with an unsatisfied maternal instinct partially or even completely satisfy it. The development of the man under the sensitive and skillful influence of his experienced partner can really be positive, having a beneficial effect on him.

But time passes, and the boy begins to turn into a man. This happens not only in the sexual aspect of the relationships. He is already trying his hand at becoming the head of the family not nominally, but literally: he makes decisions and bears responsibility. If such behavior becomes a surprise for the woman, and she is not ready for changes going on inside her husband’s head, not ready to change herself, and share power with her spouse, then at some point, conflicts will appear.

There are many such marriages today. This type of relationships has many advantages: common interests, common friends, equivalent life experience, and open perspectives. But there are also downsides of such unions – spouses can simply find their relationships boring. Although both partners are of the same age, someone has to assume the role of leader, and very often this responsibility falls upon women, which may not appeal to an immature and emotional man. So despite that there’s no age gap, love can still turn into hatred.

Most peers marry at the age of 20 or 22. However, after 2 or 3 years of relationships, the family falls apart. Specialists explain this by the fact that by the age of 25, our mind, interests, preferences, and tastes change. And don’t forget about irresponsibility, infantilism, and selfishness. They generate quarrels and harm relationships. As a result, young spouses break up. 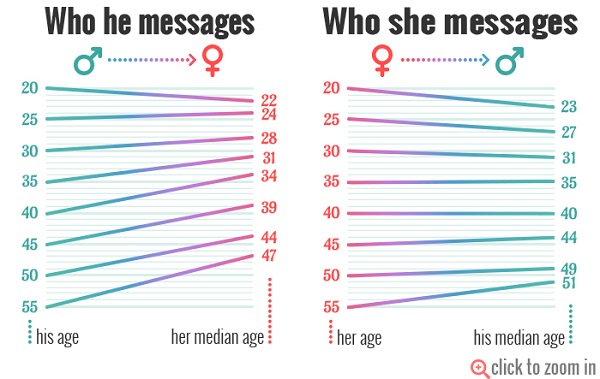 Love is unpredictable. It can reach you at any time. And the age gap in relationships doesn’t matter; you don’t care where your loved one works or how others treat them. However, love lasts 3 years on average. Then the feelings fade, and you begin to notice all the shortcomings of the person you loved. And if you don’t want to realize one day that you are married to a little child who has to be nursed, you should think everything over.

You will have fun with someone of your age, but only if you are young and start living as an adult. But even this kind of relationships will bore you to death. People of the older generation, in their turn, no longer want to live to their fullest. In the end, it’s always up to you to decide what person you want to see by your side, but the age gap and love can coexist.

Are You Ready to Commit to Someone? 11 Questions to Ask Yourself