Signs of a Midlife Crisis in Men

The midlife crisis can be called a ruthless disease, which overtakes, according to statistics, every second man after thirty. The most unpleasant thing in this situation is that it affects not only the man but also his family. You shouldn’t hope that this problem will not touch you because such a state is considered an inevitable stage in the life of any person, regardless of their emotional state and financial situation. You should be ready for it in advance and know how to deal with a midlife crisis.

What is a midlife crisis?

It will be the easiest task to find a book or a movie about a midlife crisis in men because the Internet is just full of this information. And, most importantly, mostly men are the authors of these bestsellers, so all information is given with subtle humor, self-irony and, of course, it makes all the macho smile when they recognize themselves in the main character. Nonetheless, it is necessary to understand the midlife crisis psychology, its root cause. So, what is a midlife crisis for a man? In simple words, it is a reorientation of values and attitudes.

At some point in life, a man faces a period when he begins to rethink and reevaluate his own life. “The men midlife crisis,” as a concept, is expressed in a physiological and psychological imbalance, when a man faces challenges, being at the highest stage of development of his strengths and abilities. He finds himself in a stalemate. In this state, a person simply cannot reasonably assess the true situation. Often, people become depressed and fill their lives with some trivial things, which only add problems.

First, a man needs to think about material well-being, creating a family and building a career. Gradually, he solves all these issues and still has energy and strength for something else. At the same time, men understand that the youth has passed, and it cannot be returned. It is at this point that a person starts reflecting on the eternal themes like, “Why do I live? Have I achieved everything in life? Do I really need all that I have achieved?” It also happens that the answers to these questions cause discontent. During this period, there is a change in value systems against the background of the strongest feelings. A man can change plans or even worldview. According to statistics, the greatest number of cases of divorce, nervous breakdowns and suicide happens during a midlife crisis in men.

It should be noted that men experience a midlife crisis more acutely. In comparison to men, women understand that their lives haven’t been an entire waste when they look at their children. This parental instinct doesn’t have any influence on men. 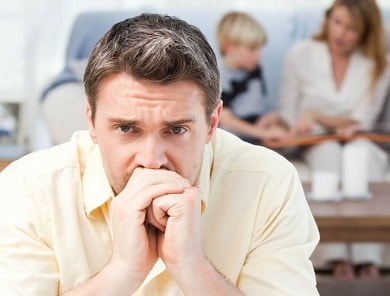 How long does a midlife crisis last?

According to statistics, every second man aged 35-45 years can face a midlife crisis, the manifestations of which can be very different.

How long does a midlife crisis last for a man? There is no exact answer to this question, and, probably, it cannot be. Sooner or later the crisis will inevitably end, and only partners can decide whether they can live further with its consequences or not. When you are coping with a midlife crisis, you can even benefit from it. The most important thing is not to be led by your emotions, nerves, and irrational actions. As a rule, the most offensive for a woman can be a breakup when a man decides to find a younger partner. However, this is an infrequent practice. Of course, a man can leave for a while, but, usually, he comes back. The fact is that a man aged 40-45 years is no longer at the peak of his sexual activity. Unequivocally, it is possible to say that if a married couple overcomes the crisis period, their relationship will only become stronger. Of course, psychological difficulties cannot be overcome in a week or even a month, it may take a year or two.

The average length of a midlife crisis is 3 years. However, it varies from person to person. It can last 1 year or drag on for decades. Support of close people and family, the character, and temperament of a middle-aged man, his well-being, social role and status at work influence the depth and length of the crisis.

Main signs of a midlife crisis

Externally, everything looks as if a completely different creature possesses a well-known man. It is impossible to compare his behavior with anything similar before the crisis. All his nervous breakdowns, unrest, tantrums that were earlier, had a local episodic nature and passed very quickly. During the crisis, all these symptoms manifest simultaneously and last for a long time. Nothing changes in a month or two. What are the main signs of a midlife crisis for a man?

Frequent conversations of middle-aged men about health are a beacon for women. Worrying about his health, a man in his prime suddenly starts visiting doctors, taking pills, and watching TV shows about health. Increased attention to one’s health is due to the fear of old age and death. Middle-aged men complain of vision, shortness of breath, hypertension and so on.

A man feels that his best years have already passed, he starts watching his appearance and even tries to look young. Self-pity, as well as unfulfilled dreams, lead to the fact that the man in his prime can buy an expensive car, start wearing fashionable clothes, get his hair dyed and so on. New priorities replace the usual values. Dyed hair is an attempt to gain control over the age.

Depression with sudden bouts of fun for no reason

Insomnia, unreasonable anxieties and fears about the future capture a man. His mood, like in adolescence, can change several times a day. Trying to find himself, the man tries different spheres and “puts on” various social roles. His dissatisfaction with the current state of affairs is faced with a desire for change, but he doesn’t have any specific goals. 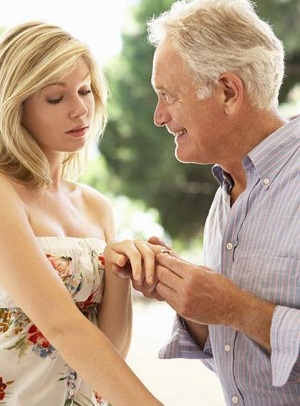 Blaming others for his failures

Financial well-being and stability cease to play a key role, a man thinks about lost opportunities. Realizing that he did not dream of such a life in his childhood, a man tries to find the reasons for his “failure.” If he couldn’t morally separate himself from his family ten years ago, then suffering from a midlife crisis, a man blames others for his failures.

Flirting with other women and even cheating

To prove to themselves that they are capable of anything, middle-aged men can look for love affairs. Often, they get acquainted with much younger girls and start playing a new social role of a relaxed and cheerful man and so on. Sometimes, men want to leave their families. It is much easier to pull the wool over a stranger’s eyes than his wife’s who knows all the drawbacks of the partner. Cheating on a partner is an attempt to prove to himself that he is still a man in the prime of life. If the boy could not overcome the teenage complex of self-doubt at the age of 15 when he was indecisive in communicating with the girls, then, experiencing a midlife crisis, a person will try to return the time lost. Conversations of middle-aged men with women are about how handsome and clever they were in their youth.

There are 6 main stages of a midlife crisis, and if you ask yourself, “Am I having a midlife crisis?” and find some signs, look at the following stages, try to understand at what stage you are now.

1. Denial. This stage is rather quiet. You feel the age, but you try to pretend that you do not notice the changed physical abilities of your body, the fall of libido and other things. You notice that the spouse looks worse than 10 years ago. However, you diligently try not to think about that.

2. Anger. This stage is the natural continuation of the previous stage. Everything becomes worse. Dark thoughts that were carefully hidden, can no longer remain in the shadows and become an obsessive song. It makes you angry. Irritability, critical remarks, unpleasant sarcasm, and outbursts of anger are characteristic of this stage. You begin to think that it’s high time to change everything, including work, family, appearance, a way of life, friends, etc.

3. Replay. Bright flashes of incomprehensible irrational behavior appear at this stage. You try to make up for lost time. This is a stage of cheating and red sports cars. Men wear leather jackets and bandanas. It resembles a teenage rebellion against society, but much more expensive, crushing, and with irreversible consequences.

4. Depression. You understand that everything that happens to you is happening inside, and no external changes (new partner, new job, new appearance) can bring relief. You find yourself in the dead end due to the consequences of your previous decisions, like divorce, spoiled relationships, financial troubles, loneliness and so on.

5. Withdrawal. The boundaries between the previous stage and the current stage are blurred. Depression and detachment allow you to face all the internal problems. Unlike previous stages, the main change is inside the person. This is a period of thinking about what is happening and trying to find sources and new solutions. External manifestations of this stage do not differ from the stage of depression, but there is a lot of work inside you. 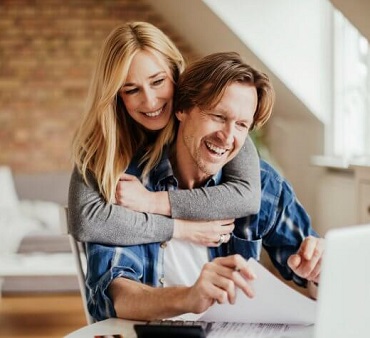 6. Acceptance. This stage is divided into three stages. The first stage resembles a sharp insight. You begin to understand what damage has been done to your life and that you cannot escape the sudden awareness of what is happening. It is no longer possible to hide behind the illusion of self-righteousness. It’s time to face the truth, collect the stones and apologize. The second stage is just a short comeback to finally say goodbye to the past. The third stage is the time of the last brief rebellion against the world. It is an attempt to cope with the crisis.

How to deal with a midlife crisis?

The midlife crisis does not have to be painful. You can help yourself go through this period softer if you know how to deal with a midlife crisis.

Analyze and accept your life as it is

A new page begins when you accept the past. To accept means to recognize. Refuse self-blame and painful self-interest. Appreciate all the successes and mistakes that have been made, and gratefully move on.

Take the midlife crisis as an opportunity to re-evaluate your values. You can change them every year, and this is normal. The sense of personal growth and purposefulness diminish with age. Think about things that are important to you personally, and how you can realize that.

The balance of all spheres of life helps feel that everything is under control. Devote time to family, friends, work, leisure. Be sensitive to your condition.

Setting new goals will help shift the focus of attention. Instead of thinking about how it could be, focus on what you can do to become happier. Give up the illusions, set a realistic goal and move towards it.

How to Tinder: A Useful Guide to Get a Tinder Date

How to Increase Self-Esteem: 7 Tips

Would-You-Rather Questions for Your Girlfriend