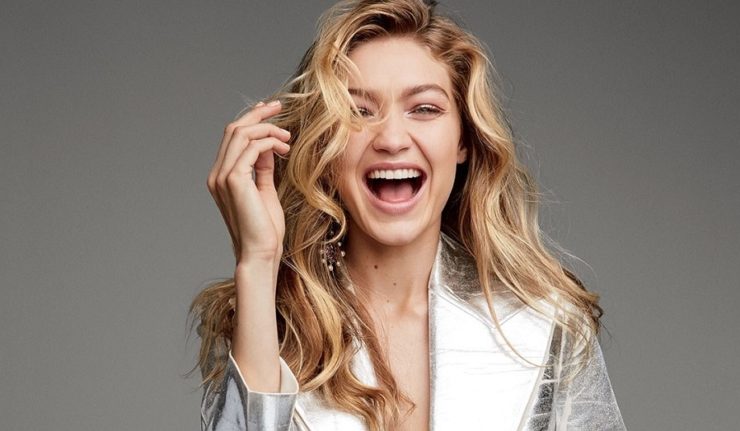 Short list of criteria that helped us make the right choice: 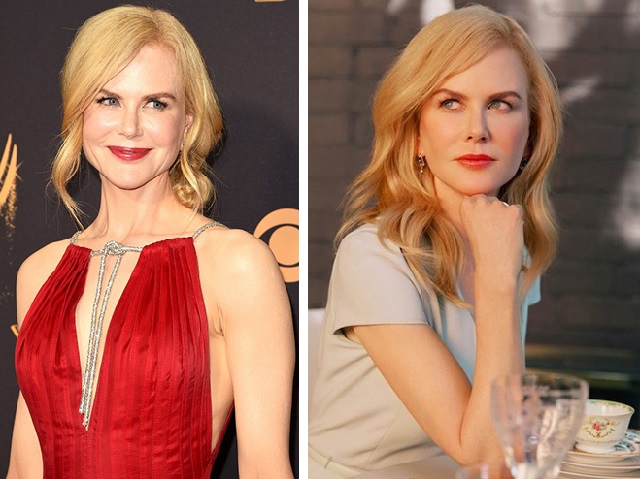 Nicole was always the first among equals. That’s why we want to start our sexiest woman alive list from her. Nicole’s refined sense of style and eye-popping charisma is the guarantee of the success of any project in which she participates. Just look at her: a blooming, full of strength beauty, breathing with love for life, she is like an inexhaustible source of energy inherent only in youth … and she celebrated her 50th birthday in June 20, 2017, by the way! It’s hard to believe, but it’s true.

44$ million is the budget of the commercial for Chanel No.5, which was shot by director Baz Luhrmann in 2004 based on the Moulin Rouge movie. The main role in it, as well as in the musical, was performed by Nicole Kidman, who received $4 million as a fee for it. At that time no one earned such huge money for such a short time – the shooting lasted only 4 days. Looking at Nicole, you understand that she is worth every cent paid in the fee. 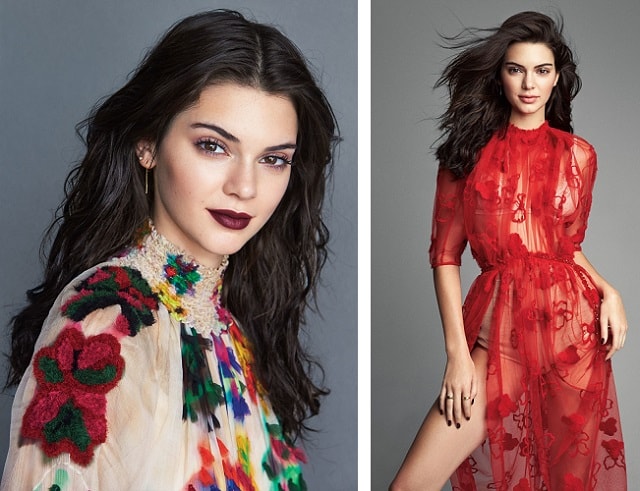 Kendall began to conquer the heights of high fashion in 13 years. Already in 2010 she signed a contract with a modeling agency «Wilhelmina Models» and from that moment everyone began to talk about her. The girl, known to a wide audience by the reality show “Keeping Up With the Kardashians”, shot for a famous magazine Paper, along with her sister. Kendall began to appear in famous youth publications, for example, Forever 21, which became her big impulse in the modeling business. The girl began to attract more attention to herself and her career began to go up the hill. Now she is one of the sexiest woman alive 2017.

At the end of 2010, the young Miss Jenner cooperated with the photographer Nick Saglimbeni. The photo session turned into a scandal because of the revealing pictures of a fourteen-year-old girl. But this photo shoot was needed, and subsequently a lot of proposals fell on Kendall. In 2011, Kendall became the second model who adorned the cover of “Miss Vogue”.

Today Kendall is one of the most popular models in the world. Her career, fast and bright, is only gaining momentum, despite the already prevalent crazy popularity. 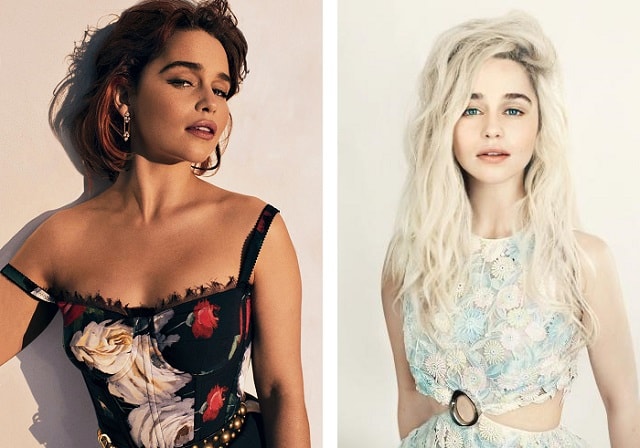 The tabloids called Emilia Clarke the world’s sexiest woman and we strongly agree with them. She became famous due to the role of Daenerys Targaryen in the mega popular saga of the Game of Thrones.

Emilia Clarke was born in a bustling and lively London but spent her childhood away from the British capital, in the provincial Berkshire. The purposefulness of the parents of Emilia Clark is worthy of respect: her father, by the time of the birth of his daughter, went a long way from a simple worker to the sound producer who reviewed the famous musicals. Mom of the future actress began her career as a college secretary, but then she became an independent entrepreneur.

This same character trait was also passed to Emilia Clarke. Today she is one of the most coveted women in the world. 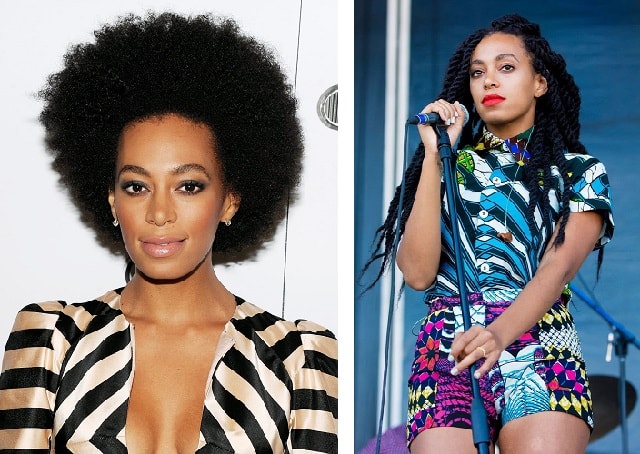 Solange Knowles is not only a talented performer but also a productive, original creator. She writes music for her star sister, Beyonce, as well as for the former members of the Destiny’s Child band, with which she worked a few years ago (many music critics call this period the beginning of her successful career).

Solange Knowles is very creative about everything she does. Most of the images in which she goes on stage are created only by the sources of girl’s imagination and artistic talent. Therefore, the title, which Glamour magazine awarded Solange Knowles – the Creator 2017 – is absolutely deserved. In our opinion, she deserves the sexiest woman in the world title too. 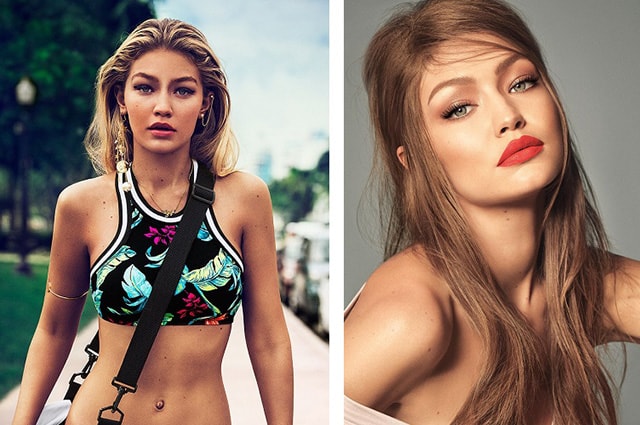 It’s a crime to speak about top sexiest women without noting this girl. Gigi Hadid is a hereditary model, who started her career at a remarkably early age. Only being 2 years old, little Hadid participated in the photo project “Baby Guess”, but later she stopped her career in order to concentrate on her studies.

In 2016, Gigi Hadid released a joint clothing line with Tommy Hilfiger. Her designer talent was appreciated by the main figures of the fashion world. The girl leads an active lifestyle and regularly pleases her army of subscribers in the Instagram with vivid and interesting photos.

Samantha Jamie Bee was born on October 25, 1969 in Toronto (Ontario, Canada) in an unconventional family. She studied theater arts at Ottawa University, McGill University in Montreal and George Brown Theater School in Toronto. Thanks to such a thorough background and love of television art, Samantha has become one of the most popular TV presenters not only in Canada but also in the US.

Fans all over the world adore her for charisma and an original sense of humor. By the way, men call her one of the hottest women on TV and that’s absolutely fair. 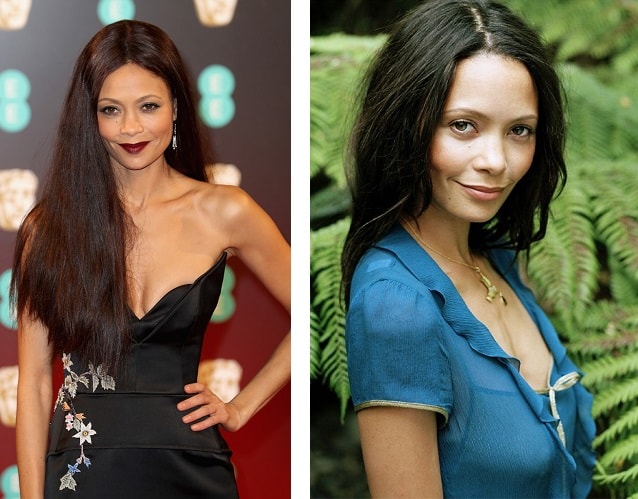 If you have not had time to enjoy the wonderful acting of this girl in the adaptation of “Westwood”, it’s time to do it. Believe us, you will not regret it.

Newton was born in Westminster, London, United Kingdom, in the family of Nyashi, a native of Zimbabwe, and Nick Newton, an English laboratory assistant and artist. The place of her birth is sometimes mistakenly called Zambia, but Newton repeatedly confirmed in her interviews that she was born in London.

Newton debuted in the cinema in 1991 – in the drama of John Deegan. This Australian film was the starting point not only in her career, but also provided a star launch to the young actress Nicole Kidman, with whom Newton made friends.

Thandie is one of the sexiest women in the world. Check her Instagram profile if you don’t believe us. 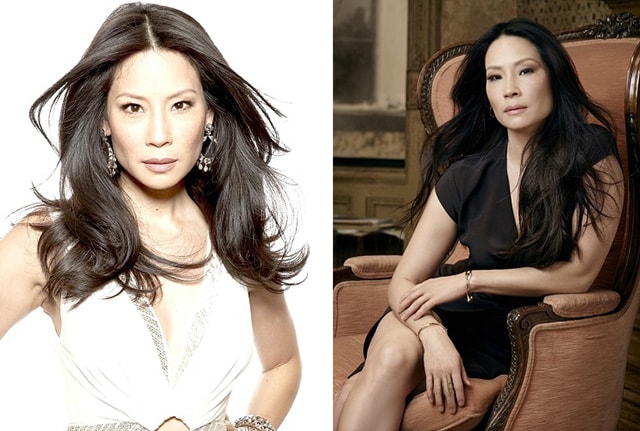 Lucy Lew is the daughter of emigrants from China who lived all her adult life in New York and for a long time this girl felt like a “black sheep” among her eastern relatives. Now she is the brightest brilliant among the sexiest Asian women.

The actress compensated her isolation in her student years, having received a degree in Asian culture and languages. In August 2015, the “Charlie’s angel” and “Dr. Watson” became a happy mother of Rockwell Lloyd Lew. It’s hard to believe that this luxurious beauty is approaching the half-century boundary – time has no power over “eastern princess of Hollywood”. 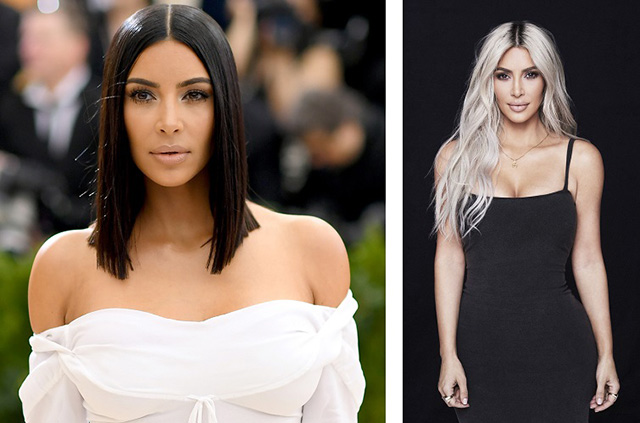 How can we talk about sexiest women on Instagram without Kim? This charming beauty is invariably included in the “women of the year” lists of very different tabloids. And 2017 was no exception. Kim still pleases her fans with beauty, charisma and a sexy body.

On April 8, 2015, Kardashian arrived in Yerevan on a visit, which, as expected, was aimed to draw attention to the 100th anniversary of the Armenian Genocide. This act showed the world a completely new image of Kim – a conscious and intelligent girl who does not forget about her roots. In today’s world, this is a very rare and valuable personal quality. 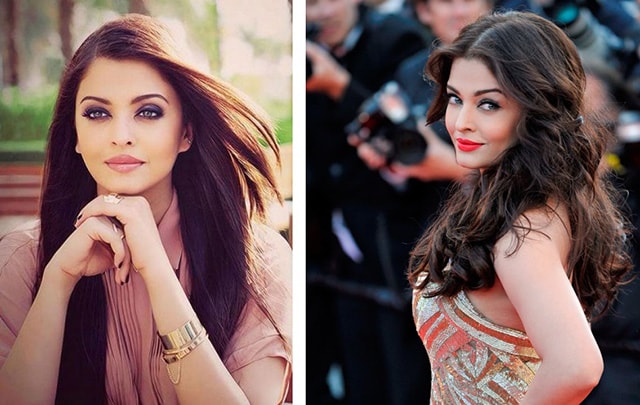 “Miss World 1994” holds the title of beauty queen for more than twenty years. The prestigious title served as the starting point for the career of Rai in the big movie world. And although the beauty’s first attempt to become an actress was a failure, already in the second film – “And they fell in love” – ​​the talents of Aishwarya were spotted by professionals of Bollywood.

In 2002, the whole world spoke about an Indian with a charming appearance: she was a member of the jury of the Cannes Film Festival, signed contracts with L’Oreal, starred in Hollywood, “visited” the covers of prestigious glossy publications, and Julia Roberts publicly called her the most beautiful woman in the world. Today she is a new symbol of motherhood, a woman who knows how to enjoy life and is one of the hottest women 2017. 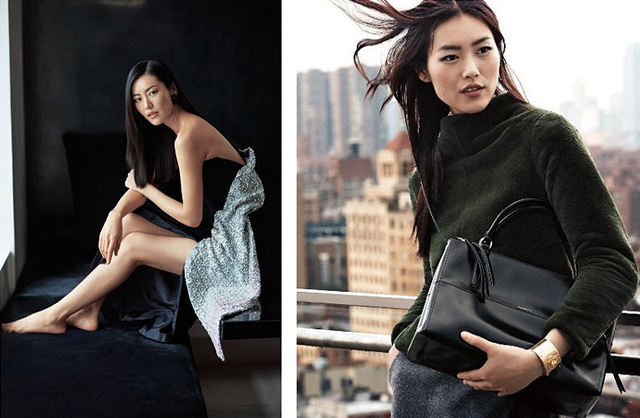 She is the most successful Asian model on the planet: at one time Liu Wen took the sixth line in the rating of the best models of the site Models.com. In the past, she was a guide in her native China, but few months later Liu Wen acted as a “guide” for the girls of the East in the modeling business. For example, she became the first Asian woman in the advertising campaign of cosmetics Estee Lauder and at Victoria’s Secret shows. We can’t speak about hottest women in the world without mentioning Liu Wen. 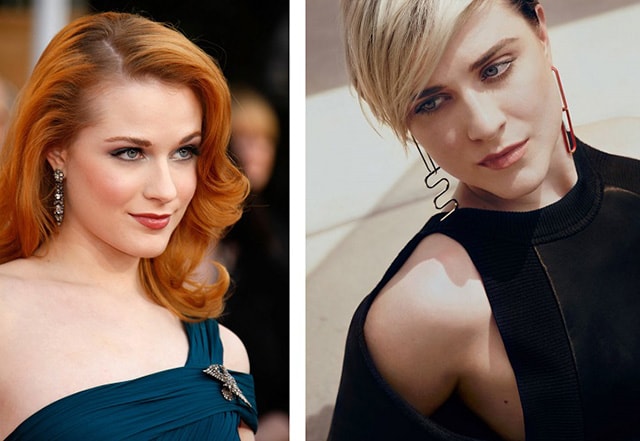 Wood began an acting career with episodic roles in TV series, appearing in such shows as “The Sheriff from Hell” and “Again and Again”. Her first major role on the big screen was the role in the film “The Undermining of China”, while the breakthrough was the role of the troubled teenager Tracey Freeland in the drama “Thirteen”, for which she was nominated for several awards, including “Golden Globe “.

Evan Rachel Wood is a girl with a lot of talents. She is an actress, model and musician, equally successful in everything she does. Her sexuality and a unique sense of style captures the attention of thousands of fans every time she appears in public. Tabloids call her one of the hottest women alive. 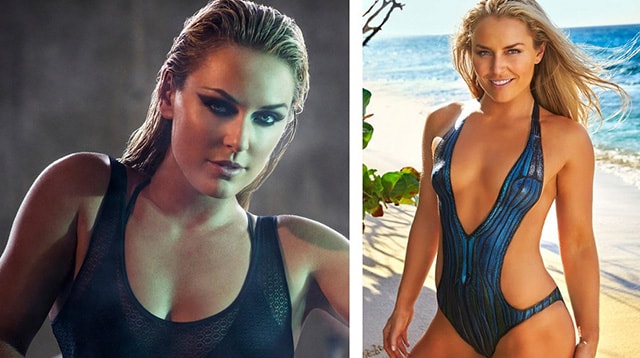 This girl has not only amazing beauty but also a strong character. Lindsay planned to return to the tracks at the first stages of the 2016/17 World Cup, but in the process of preparing for the season she got a hand injury. After recovering from injury, Vonn debuted in the World Cup only on January 15, 2017 in Altenmarkt, where she became the 13th on the downhill track (1.54 seconds losing to winner Christina Schayer from Austria). Already on January 21, in her second start of the season, she won a speed descent in Garmisch-Partenkirchen, going ahead of Laru Gut by 0.15 sec. Thus, the season 2016/17 became the 12th in the career of Vonn in which she won at least one stage of the World Cup. And that’s why we call her one of the top hottest women in the world 2017.

What Are Your Thoughts?

Let’s be honest – choosing from a huge number of beautiful, sexy and talented girls the very best was very difficult. We do not exclude the fact that someone was left without our attention completely undeservedly. If this is true, we will gladly consider your candidates for obtaining the title “the best of the best.” And we are sure that you have these candidates. Write them in the comments!

previous article
10 Best and Worst Fitness Trends 2017: Get Bulky!
next article
Can a One Night Stand Turn into a Relationship? 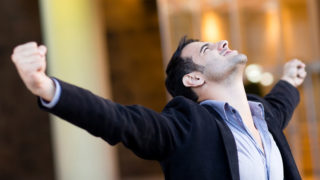 How to Increase Self-Esteem: 7 Tips 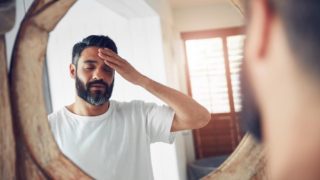 Signs of a Midlife Crisis in Men