How to Deal with an Emotionally Unavailable Girl

You might have already heard this phrase. But what is ‘emotionally unavailable’? Is this something bad or normal? What does it mean in terms of dating? I prepared answers to all these questions and some more. Let’s now figure this whole matter out.

Who are emotionally unavailable women?

Basically, there are two main approaches to the problem of emotional unavailability (note that we aren’t talking about its clinical forms now). First, it is viewed as one’s temporary mental state provoked by certain events in life. Those who have recently been through difficult situations e.g. a divorce, harsh breakup, loss etc. as well as those who are simply buried in their current businesses fall under this category. The second understanding of emotional detachment – and the broader one – is directly linked to the social role of a modern woman and her rights. In this case, we are talking about rather a chronic form of this state because it is determined by one’s character peculiarities. 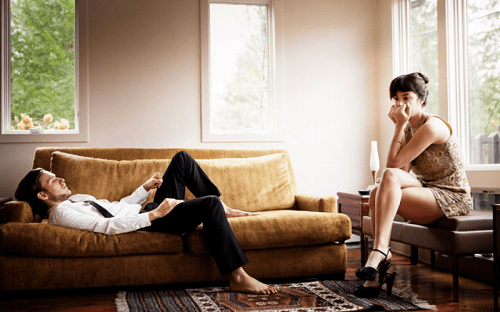 Probably, no one can argue with the fact that the way human society lives and develops today discourages people from revealing what they feel. Historically, there was the need for gathering in groups so our ancestors learned to rely on their family members, friends, and neighbours.

The proportion of emotionally detached individuals grows since we become more and more self-reliant. In the light of this, the issues of femininity and the female independence remain subjects for a lively debate. Women have already obtained all the same rights men hold; they are free to live their lives without getting attached to males or building strong relationships.

Here are some key signs that will help you distinguish emotionally unavailable girls. They are somewhat elusive – there are too many businesses to manage during a workday and too many cool options to spend a free time. Their manner of communication may vary from abusive to evasive: they boldly ask personal questions on a first date and behave arrogantly towards people around but also feel uncomfortable when you attempt to get to know them on a serious level. Finally, they avoid discussing their past, especially their former romantic partners, and become overall enigmatic if you wish to know their love plans. Such ambiguousness is caused by the deep fear of getting hurt by the cruel world and people who live in it – an inevitable consequence of self-sufficiency.

While we tend to believe thousands of those romantic films and romance novels that show that women are interested in relationships. We believe that women want to settle down and build a strong family, and while it often goes this way, often doesn’t mean always. Let’s have a look at reasons why girls become emotionally unavailable.

In Search of The Perfect One

An emotionally unavailable woman may be so because she still cannot find the perfect one. Emotionally unavailable girls may be in search of perfect guys for quite long. In the end the girl may find her prince, but if she fails she doesn’t want to spend the rest of her life with the second best, so in the end she becomes an emotionally unavailable one. It doesn’t mean that there no chance for building relationships with a woman like that, but she is most likely to keep her emotions in the closet most of the time.

Often the emotionally unavailable girl is the one who feels safe when she is in complete control of her emotions. Yes, we believe that women are mostly open when it comes to emotions, while men tend to be in full control of them, but quite often things works otherwise. The complete control over emotions allows women to protect themselves from getting hurt. The biggest question is why the don’t want to get hurt. Who managed to hurt her so much that she decided to close herself for everybody else? There are mainly two reasons why women tend to gain complete control over their emotions. Let’s have a more detailed look at them:

We all know that childhood experience, especially a bad one, leaves a scar for the rest of our life. Sometimes fearing that the scare may turn into the wound once again we become emotionally unavailable. What problems can make a woman emotionally unavailable? The light variant is that she was sort of an ugly duckling in high school and, as a result, a scapegoat. Experience of being hurt and humiliated by our schoolmates can push us to achieve great success in our life, but quite often we have to learn to trust people once again. If a girl in her school years was constantly hearing that nobody will ever love her and feeling that she is an unnecessary part of the community, she may become quite cold for the rest of her life not to feel hurt.

Another reason for emotional detachment may be even darker. If the girl was abused by her relative, she may have serious troubles with trusting men.

2. From Dumpee to Dumper

We all know the classic pattern of good girl gone bad. If when young a woman was wasting her time on so-called bad boys, she is most likely has been dumped quite often as well. As a result, she becomes a dumpee or even worse, an emotionally detached person. Turning into a dumpee is a way to avenge herself, while emotional detachment allows her not to be afraid of being dumped once again. She is not committed to you emotionally, so she simply doesn’t give a damn whether you will stay with her forever or leave her tomorrow, causing a partner who may be in love with her to suffer deeply.

Now, let’s talk about your dating life a little. You’ve met a girl and your communication seems to be quite exciting apart from the “detachment” factor. Is she emotionally unavailable? If she probably is, see the recommendations below.

How to approach and treat such a girl

Learn to understand her way of thinking. Regardless of how independent a girl is, she remains a woman. Yes, there are exceptions but they are fewer than you think. You are a man, so you are supposed to perform some “conventional” gender functions in a relationship. Read between the lines and you will be able to know what she wants to get.

Remember she might be new to committed relationships. As a consequence, it is both hard and exciting for her. I suggest you not only enjoy the romance but help your girlfriend obtain this valuable experience and find what she was looking for. Don’t expect too much from her but provide support!

You can’t fix the situation on your own – accept it. If anything goes wrong in a relationship, both partners should be in charge of it. Even though it seems like she only ruins everything by being emotionally unavailable, it is not true. She can also help you take it to a better condition.

Realize she is not a goddess. Some men are intimidated by the perspective of having fights with their beloved ones. Especially at the earlier stages of your relationship, you might be charmed by your girlfriend’s traits and beauty so it might be hard to notice certain flaws before they become obvious.

Trust your intuition. Although it is considered to be a female feature, men often possess it too. And this is what you need to date emotionally unavailable women: you will be able to notice what your relationship lacks now and shorten the distance between you two. Just be attentive enough.

Keep trying to get to know her though it will be hard. If you think this relationship has the potential for growing and strengthening, do not give up! There’s no need to rush the things so you have a plenty of time to help her become more intimate with you. The result may not be so quick but you can achieve anything by working.

Don’t blame yourself. Think it is your fault that she is unwilling to show her true essence? Look, people become emotionally unavailable for some reasons. If you have no idea what made her afraid of sincere and open communication, find it out. Anyway, you are empowered to change it with your (and her) efforts.

Keep an eye on red flags. You already know what key features distinguish an emotionally-distanced woman. Your significant other probably has some other qualities and you should be aware of them. Merely take those into an account and muse about the prevention.

Let her do what she wants. Don’t use assertiveness to get closer to your sweetheart. We are talking about a girl who lives her own interesting life so you can’t limit her. If she wants to travel around the world, develop her career, or take up a wide range of things, keep away from intruding in her private space without an invitation.

Don’t get mad if she is secretive about your relationship. Your woman might not hurry to tell everyone she knows she is in a relationship with you. Likewise, she might not share any info about you on her social media. Just be ready for it: it is completely normal to protect one’s romantic life from the public.

Is emotional unavailability a problem?

I don’t think it is possible to give an exhaustive answer, just like it happens with all the big problems we try to solve. Of course, this is an inevitable feature of the contemporary era – it developed organically and quite predictably. Society continues fighting for female rights, which means representatives of the fairer sex get an excessive range of powers and opportunities for self-management. Apparently, we should accept it as the part of the actual reality and view an emotionally unavailable woman as an archetype. We will see how exactly it will develop with time. Yet, mustn’t there be the balance between aspirations of women and mere cockiness? I guess this is what we should seek.

I’d also like to say a few words about how to stop being emotionally unavailable (if you feel this is a problem that affects your love life). The very first step to take is to realize that something is going on inside your mind. Just face it and admit you need to fix your issue.

What are the reasons of your emotional detachment? Why exactly do you feel awkward about revealing your soul? Don’t hesitate to work with your psychotherapist if it’s necessary for maintaining your inner harmony. There might be a need to find something that would encourage you to share your mind step by step – new hobbies, new interests, some relaxation techniques and so on. Choose your preferred way of mingling with people and work for the result!

What to Do Instead of Attending the Gym: 21 Ways to Keep Your Body Fit

How to Rebuild Trust in Your Marriage: a Complete Guide