Is Chivalry Dead in the 21st Century? An Honest Insight

What is Chivalry in Modern World?

You hear all the time that chivalry is dead. Men blame women that there is no chivalry, because the latter became overly-emancipated, while women claim that the reason for the absence of chivalry is the changes that men went through in the past century. And while you can take any side which appeals to you more, the verdict still remains the same: chivalry is dead. The biggest problem is that it seems that both of the sides have no idea about the essence of the term. What does chivalry mean? Maybe you should know what the thing is before burying it? Let’s check out what chivalry is, and maybe we will come to the conclusion that we are getting ready for the ride before the horses are set. Maybe chivalry is not dead and it is too early to arrange the funeral party. So, let’s find out what the hell the chivalry is to determine how dead it is.

One of the main reasons why so many people consider chivalry to be dead it’s the name per se. What is it? It must be something from classic British literature, right? Oh, no! The word sounds French, but dated again. It has something to do with knighthood and swords, right?

See? If that’s what chivalry brings to your mind, then for you it’s not only dead, it’s history. 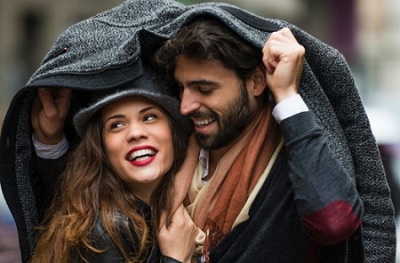 By the way, you were right on money when you thought that the word “chivalry” is of a French origin. Chivalry originated in France in the 10th century A.D. It was a derivative from the word “cheval”, which means horse, thus French knight – “chevalier” is a “horse man”. Originally the ethics of chivalry was a mix of Christianity and military. The concept of chivalry wasn’t romanticized until the early 18th century. From that time, chivalry meant behaving honorably towards women. But we are not in France, right?

You were right on money too when the knighthood popped up in your head. According to Webster’s Dictionary, the second meaning of the word “chivalry” is “the noble qualities a knight is supposed to have”. Hope you’re happy. But that comes after the first meaning, which states that chivalry is “gallantry”, “courtesy” and “honor”. So, is chivalry dead? Well, okay, knighthood is not the same as it was in the medieval times or even in the 19th century. Knights are no longer killing dragons on the daily basis, but knighthood still exists. But let’s concentrate on gallantry and honor. How dead are those? To answer this question we need to delve into research of the fate of chivalry in the 21st century.

What is Chivalry in the 21st Century?

So, as we’ve already stated above, knights don’t kill dragons to save princesses any longer. But is it the sole thing about chivalry? If we take things like being a gentleman, how dead will it be?

Not so long ago, men were opening doors for women letting them go inside first. Not so long ago men had to stand up from the table whenever women stood up or entered the room. Men would call back if they said they would. And men would pay for women.

Nowadays, men don’t give a damn about who goes inside first, and women are able to open the doors for themselves. Men tend to forget about calling back when they promised to. And the most interesting thing can be observed in restaurants and cafes. The golden rule to pay for your woman can be rarely found today. Men prefer going dutch i.e. splitting the bill or letting the girl pay for dinner. Still, there are men who are eager to and will pay the whole bill. The problem is that this type of men is often considered to be ‘old-fashioned’. 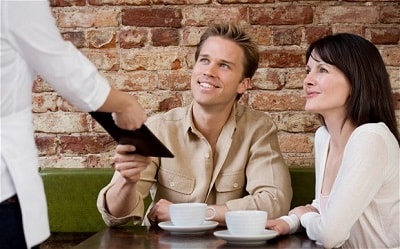 Previously, men were waiting for women, no matter how late she was. Nowadays, women wait for men, because men need to show how independent and how careless they are. Of course, there are those who are always punctual. Mainly this is the type of men who pay for dinner and call back when they promise to. And they are ‘old-fashioned’… or not?

We can assume that manners matter, and there are less men who tend to demonstrate them. But it doesn’t mean that there are none. Men bury chivalry because they believe that women like bad boys, and feminists consider chivalry to be sexist. But, actually, there is nothing bad in good manners. Maybe you should try being chivalrous? It doesn’t seem to bite you.

How to Be Chivalrous and How it May Affect Your Life?

After everything mentioned above, we can assume that such thing as modern chivalry is considered dead because it’s old-fashioned thus not in vogue. Plus, women prefer bad boys who are more likely to humiliate rather than respect them. Well, if chivalry is more sexist than those ‘bad boys’, then aggressive feminism is definitely missing the point.

Anyway, it all leads to the fact that modern men are afraid to be chivalrous because they think that it will affect their life in some bad way. But they most likely didn’t go this far through this article, as you can fear the chivalry only when you don’t know what it is. A chivalrous man is not a man who scares women away, but a man for whom women stand in a line, no matter how fierce they are claiming to be attracted only to bad boys.

As soon as you stop viewing chivalry as some kind of old-fashioned ridicule, you’ll start benefiting from it. Chivalry today is not the same as in medieval times, and it means that it is less dangerous. No need to die in a fight with dragons or conquering some barbaric land. It pretty much sounds like something that will make your life better. And women will love you.

You started wondering how to be chivalrous? Check out some modern chivalry rules.

Horns are Not Cool 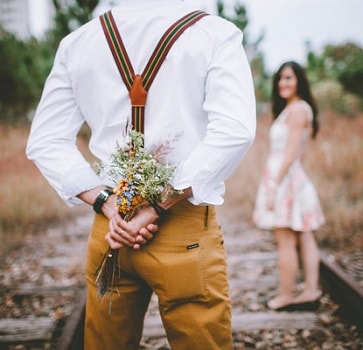 You drive to her house and start honking for her to know that you are there and waiting for her, then you sit and wait till she jumps in your vehicle. You feel cool? Great. Now, what a chivalrous person would do in the same situation? A chivalrous man would park the car, go to her house, and ring on the door bell.

Flowers Are a Must

She says that she doesn’t like flowers, because they wilt soon. Hmmm, cool. Did she tell you that before or after you started dating? If she said it before, it’s okay because she really means it. But if she told you that after you asked whether she was okay with you not presenting her with flowers, oops. Sorry pal, she’s most likely to dump you for someone chivalrous guy who does bring her flowers.

Texting is a Sin

We live in the age where phone calls are a dying art; we prefer texting, but if you want to be chivalrous, you need to forget that common belief. Who told you that she is okay with texting? Did you know that texting won’t help in showing your devotion? No matter how old-fashioned it may sound, but text messages are the most informal way to communicate. Did you know that she may assume that you are calling because you want to hear her voice? So, call her, don’t text her.

You have definitely seen it in the movies. You might have even seen how other couples do that…What are you thinking, you filthy brat? We are talking about giving her a jacket when she wasn’t ready for the temperature drop. Giving her your jacket when it’s cold is quite chivalrous, as it shows that you have no problems putting her first.

Open The Door For Her

The easiest rule to remember, but most of the men tend to forget it. “You are for equal rights? Then open the door yourself!” Great, you stand for your rights, but it will unlikely get you far in your relationships with women. So, wherever you go, open the door for her and let her go in first.

Pull Out The Chair For Her 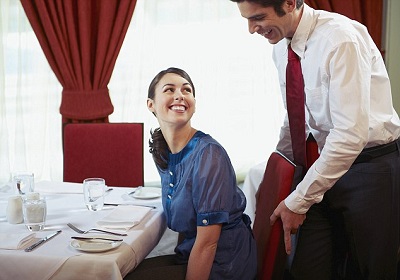 This is way easier than killing a dragon, and this is the advice that men hear all too often. Still, they manage to ignore it. So, if you want to be chivalrous, whenever you go on a date with a girl, remember it. Especially, when you’re set to go to some restaurant or cafe. You need to pull out the chair for her. Seems old-fashioned? But she will definitely like your being old-fashioned this way.

No, it doesn’t mean that you need to choose a dish for her. Ask her what she wants, but it is you who should make an order. Otherwise, you’re not a couple. You are just some people who paired for eating out.

Don’t Forget to Introduce Her

Whenever you go to some event, ceremony, or you just meet with your friends, don’t forget to introduce her. First of all, it is quite chivalrous. Secondly, she will understand that she is really important to you.

Hold Her Hand When Crossing the Street

If you haven’t been holding hands before crossing the street, then it’s a good chance to do that. You’ll show that you really care for her, and she’s most likely to find it sweet.

If you want to be chivalrous, you need to compliment your lady. Compliment her on everything. Compliment on her outfit, her beauty, her taste. It’s better to come up with something that will really impress her if you don’t want your compliment to sound fake and desperate.

So, you can see it yourself that chivalry is not dead. It has just transformed. You may have never thought about those rules of gentlemanly behavior that you have just read, but if you start following them, believe it or not, you’re not going to be the only one. There are a lot of men who act like that.

Chivalry is not that old to be buried. Many men are chivalrous, and those are luckier with women than those who are not. So, you should start thinking about adopting the rules of chivalry even in the 21st century.

Are You Ready to Commit to Someone? 11 Questions to Ask Yourself

What Prevents You from Online Dating Success? 7 Biggest Mistakes