There is a saying that love knows no age. And at some point it’s true. A man can fall in love at any age, but such love may only do harm. The relationship of a young girl and an adult man is a rather delicate question. Usually, the bigger the age gap, the more complicated relationships get. And still, so many of us prefer to see younger ladies by our side. Is this normal?

Age gaps and how people in different countries apprehend them

So how big the age gap between men and women can be? It turned out that there are a lot of Swedish, Finnish, English, and Russian women dating older men.

In Finland, families believe that the age difference between the spouses must be at least fifteen years. However, the reality is somewhat different. On average, a Finnish husband is only three years older than his wife.

Swedish couples think that the age difference between men and women should be less than six years. But the main criterion when choosing a life partner here is the material well-being of a spouse. That is, the ideal partner for marriage is a man who has a steady income. So everybody is ok with younger women dating older men here.

In almost half of the English families, a husband is usually five years older than his wife. The remaining half of the families is divided into two groups. In the first one, a woman is older, and in the second one, she is at least six years younger than her husband.

Russian women also choose slightly older men. In one of three Russian marriages, a husband is 2 – 5 years older. There is an approximately same number of families in which wives are older, and where they are 6 – 10 years younger than their spouses. There are slightly more Russian girls dating their peers. According to statistics, most of them marry at a young age. And only one out of twenty families has the age difference more than ten years between the spouses. Some Russian girls date men 15 or even 20 years older than them. So it’s completely normal to see an older man with a younger girl at a street.

In the United States, 3-5 year differences in couples are normal, and most of younger girls try not to go much further than this. Any relationship that has wider gaps than that is considered somewhat shameful. This happens due to older women’s influence on modern society, so the shaming of older guys dating younger girls here is not surprising.

What lies behind men’s obsession to date younger girls?

What lies behind men’s obsession to date younger girls? 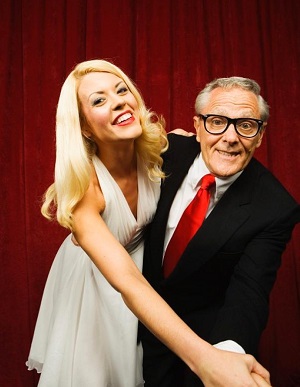 The men’s choice of young girls is not only affected by the existing foundations of society. It’s worth noting that a lot of ladies deliberately choose an older man. Women’s and men’s age preferences in marriage and sex are a result of evolution. According to statistics, among those couples, where men are several years older than women, the chances of having children are higher. It turned out that in the process of evolutionary selection both genders have developed their own age preferences.

In the course of evolution, age differences in the relationships have become normal. The majority of heterosexual couples accept them. Such difference is important for having healthy children.

It is believed that men are programmed by nature to choose the partner that has obvious signs of fertility. And these factors are best visible at a young age.

Here are some other reasons why older men start dating younger girls.

A man is having a mid-life crisis

It’s the most obvious explanation. Men get tired of their current marriage and feel cheated of their youth. So they seek a younger girl and replace their older wives to convince themselves that relationships with younger women will somehow give them a second chance to feel young.

Men seek something unusual, so they start checking marriage agencies looking for Ukrainian or Russian girls for dating. Some guys start relationships with younger women to show themselves that they haven’t lost their touch.

Some men over 40 still want children, even if they already have them. In this case, dating a younger girl is some kind of a requirement to increase the chances of having healthy kids.

If an older man hasn’t raised a child yet, he wants a younger lady mostly for this purpose. Men, as well as women, have biological clocks. This leads to an assumption that older women can’t give birth to a child safely.

A man thinks that all women his age are the same

Some older men believe that women their age are the same. If they had an unpleasant experience with their partners going through menopause, they will think twice before dating a woman with whom they might go through it all over again.

So a young girl that never had a serious relationship may seem like a nice option for a man looking for easy relationships without stress. This assumption, however, may turn out to be wrong. Any relationship requires cooperation and feedback from both sides to be successful.

But not all older men look for younger ladies to start relationships. In the list of reasons that make long-term relationships successful, age is one factor to consider.

Tinder: 10 Things to Do and to Avoid