Hypersexuality: its causes and treatment

The sexual compulsivity phenomenon has various names: sexaholism, sex addiction, pathological hypersexuality. People suffering from this condition are also called differently, sometimes even obscenely. Let’s find out who sexaholics are: people who suffer from addiction or those who seek excuses for their weaknesses and constant betrayals?

Despite the fact that hypersexuality is the clinical diagnosis, it is considered to be a common problem among young people. The thing is that teenager’s organism is filled with testosterone, which is likely to increase sex drive in men. This is a natural thing. Therefore, there is no reason to worry about teenage intensive sex drive.

However, hypersexuality may also occur among adult men and women. Active sex life, which does not prevent a man from being successful in other spheres of life, is not the pathology. However, if hypersexuality changes man’s behavior, and the need for numerous sexual contacts dominates other life interests, it is a sexual function disorder. 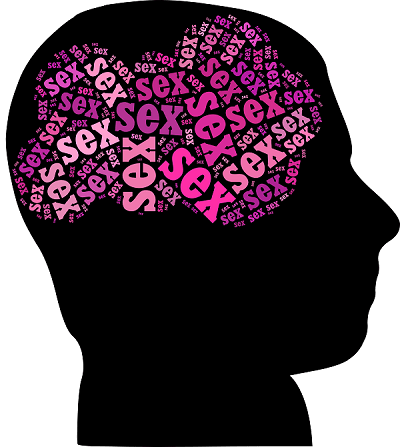 Hypersexuality can be caused by the following reasons:

The increased sexual desire among men is often caused by some psychological disorder based on one’s insecurity and low self-esteem, especially on the matter of one’s sexual abilities. The roots may go, for example, from an unsuccessful first sexual intercourse. As a result, the man must continuously confirm his own sexual viability by having multiple sexual acts with different partners.

Hypersexual men are in constant search of sexual partners but sexual intercourse does not bring them the expected satisfaction. They have a constant surplus of sex hormones in blood. Therefore, it often happens that they feel sexual satiety only after 3-4 sexual acts during a short period of time.

So, how to lower sex drive? Casanova Style suggests you the following tips:

In order to cope with teenage hypersexuality, it is necessary to

Based on the underlying disease, the treatment may include a surgery, medication, and a hormonal therapy.

In order to lower the increased sexual desire men should

You must have heard a lot of stories about celebrities turning to rehabilitation centers in order to cure their excessive addiction to sex. Most people do not consider such stories to be true because such behavior can be nothing but the means to save their spoiled reputation. However, psychologists claim that the phenomenon of sex addiction does exist. 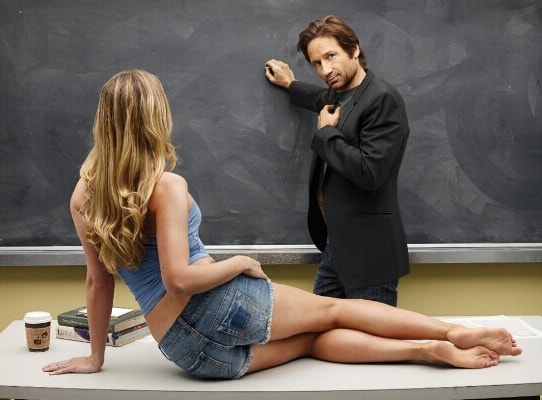 Michael Douglas became one of the first “sex addicts” who confessed to the inability to control his sexual desire. His addiction cost him his first marriage. However, during his last marriage with Catherine Zeta-Jones, he became a family man and a loyal husband.

David Duchovny also tried to overcome his male sex drive and asked for professional help. By the way, fans of “Californication” series doubted whether it was a publicity stunt aimed at attracting attention to the series in which he was a pathological sexaholic.

Charlie Sheen boasted that his Don Juan list included more than 5,000 women. However, his sexual addiction was his least problem. The same is about Lindsay Lohan who received treatment for alcohol and drug abuse, as well as hypersexuality treatment.

Politicians have faced the similar problem. For example, John F. Kennedy had had numerous permanent sexual relations with women even before the term sexaholism appeared. Bill Clinton had to apologize for being hypersexual after the quarrel with Monica Lewinsky. However, people considered that as an attempt to save the image and the marriage with Hillary Clinton.

How to differentiate a simulator trying to legitimize betrayals from a person suffering from addiction? Psychologists say that there are several signs of uncontrollable hypersexuality: a loss of control over the behavior, unsuccessful attempts to stop acting like that, negative social consequences (loss of job, divorce), excessive expenditures on prostitutes, viewing pornography and virtual sex, frequent anonymous sex, lack of emotional attachment to partners.

Sex addiction is more common among men than among women. It frequently brings them popularity, power, money and as a result – attention of the opposite sex.

So, what is hypersexuality? Sex addiction is not only a consequence of the increased sex drive, it is determined as pathological hypersexuality. It’s like alcohol and drug addiction. It is caused by the same reasons: the desire to forget, to escape from pain, loneliness, stress and anxiety. Often, sex addiction is accompanied by depression and self-loathing. Therefore, sexaholics need psychological help.

The World of Casual Dating: Who and Why

What to Do Instead of Attending the Gym: 21 Ways to Keep Your Body Fit

Can a One Night Stand Turn into a Relationship?