Dating a Coworker? Here Are the Basics

Ask anyone who got involved in a love affair at work why they needed it and how they managed to start a relationship in such an inappropriate place. We’re sure that in nine cases out of ten you’ll hear an answer like this: “It just happened by itself.” While psychologists can’t agree on why people risk starting an affair, cheating on their spouses (after all, it’s family people who are responsible for the most of the office romances; at least one out of three is not single), experts agree that it doesn’t happen by chance. At some point and at some level, the choice is made consciously. If you start a romantic relationship with someone, you must first decide that you’re ready to do so, right? No one made you do this.

However, you should understand that if your colleagues find out about your affair, you’ll get a lot of trouble, from gossips and judging looks to open criticism from your boss and maybe even problems in your own family.

Is it a bad idea to date your coworker?

An office romance is a real trend of our time, and sociologists are inclined to explain this by the fact that there are actually no places where one could meet a life companion that would be equal both in terms of income and social status.

The question of dating a coworker is especially relevant for those who are over 30, because natural sources of new acquaintances, such as the university or student parties are no longer available, and most potential partners of this age are already employed. So starting an affair at work is really a way out, unless, of course, it’s not about a romance with a married coworker. At the same time, such a solution has its pros and cons. 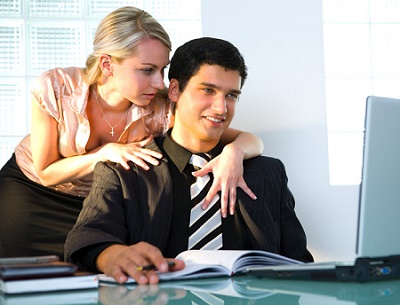 The advantages of dating a coworker

You get to know your partner and have the opportunity to observe them in their “natural habitat.” You know how they react to criticism, how they behave when they get angry, and how successful they are as professionals. That is, you initially know who you are dealing with, and you can make a choice whether to start a relationship with this person or not. The chances that next morning after the wedding you wake up next to a person you don’t know at all are low.

When you date a coworker, you always have something to talk about. You can discuss the problems of the company you’re working at, your colleagues, boss, etc. By the way, psychologists believe that quarrels and fights in a couple often happen because the two simply don’t have anything to talk about. And when dating a colleague, this is very unlikely.

If you and your partner decide to hide your relationship from coworkers, this will only spice it up. For some couples, the very fact that they’re doing something secret and even forbidden is exciting.

Your coworker is unlikely to cheat on you because she is constantly in your sight, which means that she’s almost completely under your control, although this very control can eventually become annoying and even serve as a reason for a breakup.

You’ll always have enough time for each other, and you don’t have to worry when she is late at work. Besides, you’ll know when she has problems at work and be ready to back her up.

Love always encourages us to be better and strive for new heights. The same goes for work. The fact that your partner is watching you will only encourage both of you to show yourself in the best possible way. And this can benefit your career.

Being together almost 24/7 can result in both of you getting bored with each other. You see your partner at home and at work all the time. You won’t be able to take a break from each other.

When you date your coworker, constant control can also start driving both of you mad. For example, if she’s jealous, you’ll be under pressure all the time, and even an innocent smile to another coworker will be perceived as a sign of betrayal.

Sure, love stimulates your activity at work, but it also distracts from it, especially if the relationship started to cause problems. And then, instead of solving work issues, you’ll be concerned about the issues of your personal life.

If your affair fits into the “superior-subordinate” type of relationships, then you won’t be able to avoid suspicions, as everyone in the office will think that either you or your partner have selfish intentions, and this can poison any relationship.

If your office romance ends (not many coworkers end up marrying actually), the work for you will turn into hell, as you’ll have to see your ex every single day. One of you will eventually quit this job either voluntary or by getting fired when your boss gets sick of seeing both of you fighting.

If colleagues are aware of your affair, the consequences can be unpredictable: from too intrusive attention and advice on how you need to build this relationship to attempts to split you up.

As you can see, workplace relationships have both advantages and disadvantages. That’s why it’s not possible to only benefit from them. It’s up to you to decide whether to give an office romance a chance or not.

Workplace relationships have their own unwritten rules. Most men learn how to date a coworker the hard way. It’s impossible to predict how your affair at work will end in advance. As in ordinary relationships, everything depends primarily on the strength of your feelings and character, although there are a lot of additional factors that may affect the situation. 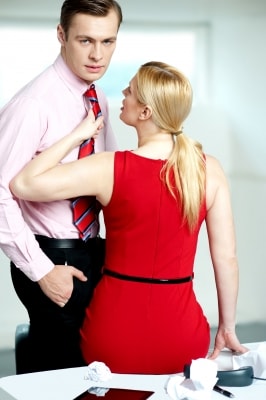 Should you date a coworker?

No matter how hard you try to hide your relationship from colleagues, the office romance always means additional difficulties and unnecessary tension. Besides, if what goes between you and your coworker is serious and can end in a marriage, one of you should quit your job. Therefore, if you want your romance to be successful, you should think about changing your career. Are you OK with that? If you are, here are some more rules of dating your co-worker.

1) If you sleep with your boss, keep it a secret

Most HR specialists and office employees believe that affairs between superiors and subordinates should be banned. The obvious reason is that colleagues don’t trust people who have had an affair with their boss. Can you be fired for dating a coworker in this case? Probably not, but many believe that those who have affairs with their bosses get certain privileges. Besides, such a relationship doesn’t benefit those who are above you on the career ladder. For instance, when choosing a candidate for a higher position, someone may prefer your boss to someone who hasn’t been involved in an office romance with a subordinate.

2) Don’t start a workplace relationship out of boredom

Such an affair will bring you more harm than good, especially if one of you (or even both) is married. To all the minuses listed at the beginning of the article, you can add a sense of guilt, and someone may eventually be fired. Why create needless problems?

We wouldn’t want to upset you, but no matter how perfect your new relationship may seem, it doesn’t have much chance of success. More than 60% of “office” couples break up during the first year and often with fights and quarrels. How to avoid this?

If you want to know how to date a coworker without drama, the best option is to discuss how to organize your breakup right on the first date. This may sound strange, but such step may protect you from possible problems in the future. When you’re in love, you can make a joke out of the talk about the breakup and thus find out how your new girlfriend sees her life after you. Perhaps your affair will end without even having time to start.

4) Stay cold at work and hot at home

It’s better to avoid intimate chats with your girlfriend during working hours. Even if she’s sitting next to you, and you know that she’s not wearing panties. The habit of keeping a personal life outside the office is especially useful for quarrels. If something goes wrong, you won’t start arguing at work, because you’ve already got used to not letting your relationship into this office.

5) No flirting at work

It’s not just about a violation of taboos and cameras, hidden all over the office. Too much flirting can simply irritate your colleagues. And having a lot of coworkers that hate you won’t help you climb the career ladder. The same goes for sex. 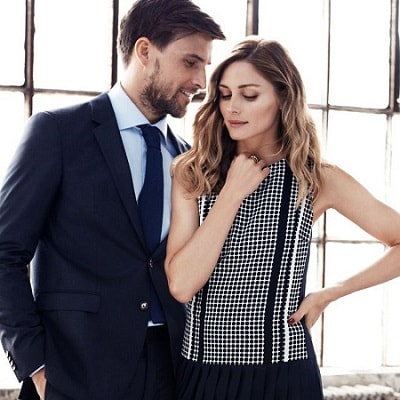 6) Bring your love out of the office

If you don’t want to associate your new partner only with work, then try to spend some time together outside the office more often and do something that’s not connected with your work. So consider asking a coworker on a date from time to time.

Be prepared for your girlfriend starting to panic and thinking about what others may think of your affair. The thing is that in such relationships, society almost always judges the man less strictly than the woman. You’ll become a local heartthrob and a macho man, and your girlfriend will pay for it. This is another reason to think twice before sharing the details of your affair with the colleagues.

8) Don’t let emotions take over you

Love is great, but your relationship should not affect the quality of your work. Of course, when the blood boils, it’s hard to think about deadlines and meetings. Instead, you want to spend all of your time with your partner discussing plans for the evening. Pull yourself together; otherwise, you’ll destroy not only your career but also your relationship.

Here’s an important thing if you want to know how to date a coworker. If you’re the boss, don’t cut your partner some slack, but don’t become too demanding. Your working relationship should remain the same. If you, on the contrary, date your boss, then don’t immediately start acting as if you already got a raise: this won’t please the boss, and certainly won’t improve your relationship with other coworkers. Continue to work as usual and even better, and this will definitely be appreciated. There’s also no need to tell everyone about your relationship with a partner that has the same position as you. You never know what emotions your colleagues may express: envy, tenderness, irritation. So it’s probably better to keep off office romances unless you have serious feelings.

It’s such a trivial and obvious advice, but nevertheless, many agree to assume the humiliating role of the boss’s lover. The worst thing in this situation is that such relationships are convenient for the boss and can last for years. She doesn’t lose anything while you spend your time in vain, thereby closing yourself for real relationships.

Frankly speaking, workplace relationships happen in almost every large company. Of course, there is nothing wrong or strange about having a girlfriend and building a relationship, but only if you didn’t choose your colleague for this purpose. Practice shows that in most cases, nothing good is waiting for you in the end. So think twice before asking your colleague out on a date, never talk about your affair at work, and keep your emotions to yourself while in the office.

What Prevents You from Online Dating Success? 7 Biggest Mistakes